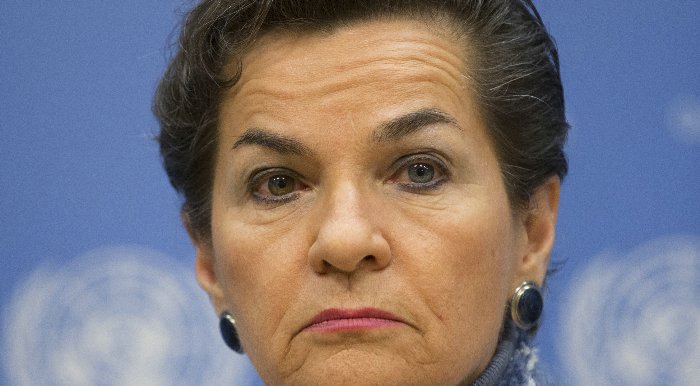 More than 500 global investors gathered today at the United Nations to begin mobilizing the trillions of dollars needed to catalyse the global clean energy transition.

Speaking just days after scientists confirmed that 2015 was the hottest year on record, UN Secretary-General Ban Ki-moon urged investors to help achieve a doubling in global clean energy investments by 2020.

“I call on the investor community to build on the strong momentum from Paris and seize the opportunities for clean energy growth. I challenge investors to double – at a minimum – their clean energy investments by 2020.”

While those investments hit a record high of $329 billion in 2015, significant gaps remain in growing clean energy at the levels necessary to meet the Paris climate accord’s goal of limiting global temperature rise to below 2 degrees Celsius.

“investors and businesses that redirect resources to low-carbon, climate-resilient growth will be the economic powerhouses of the 21st century. Those that fail to do so will be on the losing side of history.”

The Secretary-General layed out five steps for the investor action:

National climate plans of developing countries must be financed, with institutional investors particularly well placed to provide the significant amounts of capital needed.

Pension funds must use their influence as investors and shareholders to accelerate the rapid de-carbonization of the economy.

The banking sector must continue scaling up the green bond market while changing its lending practices to support green investments, reflecting the growing risk in the brown economy.

The insurance industry must strengthen climate resilience and disaster risk reduction efforts, especially in the most vulnerable countries.

Investors need to know how the impacts of climate change can affect specific companies, sectors and financial markets as a whole, with clearer disclosure.

Also at the event, United Nations Secretary-General’s Special Envoy for Climate Change and Three-Term Mayor of the City of New York Michael R. Bloomberg said underlined that cities and businesses recognize the economic benefits that come with fighting climate change, and the importance of establishing clear goals and measuring the impact of their work. 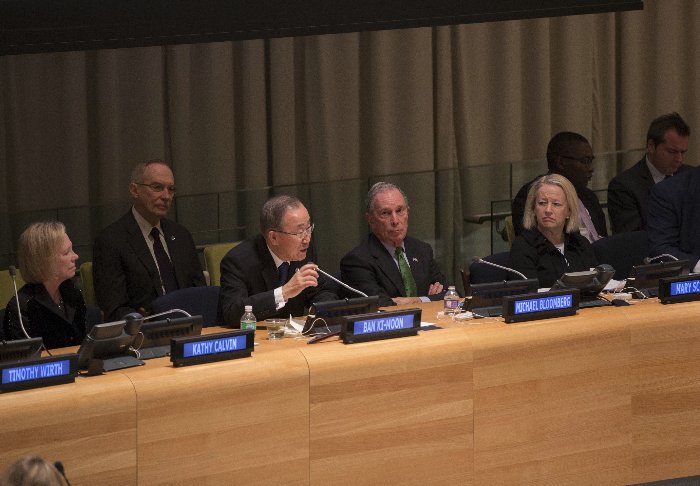 “as you change, some people suffer and some people gain. One of the interesting things about climate change adaptation or what we do to make our public health better and the environment better, which I like to focus on more than what is going to happen in 2050 is to try to help those who lose their jobs, let’s say when you go out of coal, but understand that more jobs are created in solar and in wind for example than are lost.”

“I think that society has an obligation to try to help people, who are caught up in the move, but if you don’t move then you get hopelessly left behind and you hurt everybody.”

He also noted that the more reliable information investors have about climate change, the easier it is for them to make informed decisions, and that will help drive more financing to projects that reduce carbon pollution and promote sustainable economic growth.

Organized by the nonprofit Ceres, the United Nations Foundation and the United Nations Office for Partnerships, the all-day meeting focused on catalyzing a shift in the global economy toward exponentially more clean energy and far less carbon – fast enough to meet the Paris climate accord’s long term objective of reducing net greenhouse gas emissions to zero in order to avoid dangerous climate warming. 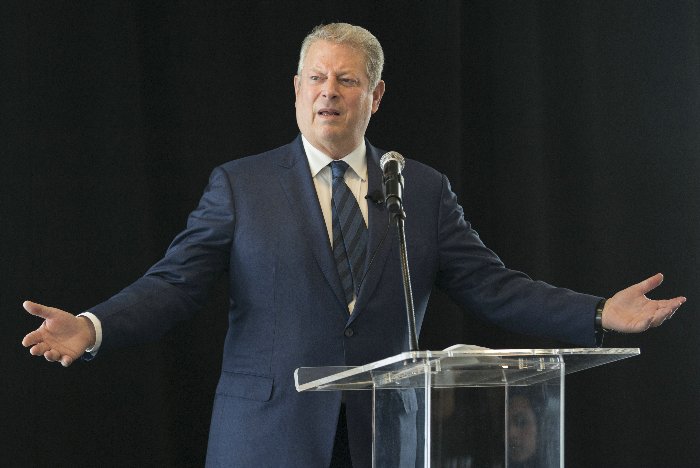 At a press briefing after the Investor Summit on Climate Risk, the Executive Secretary of the Framework Convention on Climate Change (UNFCCC) Christiana Figueres told reporters, “I believe that the Paris Agreement has basically removed two questions marks. Question number one: Is it truly a risk to not address climate change in a timely fashion? Question mark removed. Absolutely.”

She noted that the understanding of the risk –both to national economies, as well as to the global economy- are now understood in ways that were not understood before.

She said that the other question mark that has been removed by the Paris Agreement was: Are there opportunities here? She emphasized, “incontrovertibly, yes.”