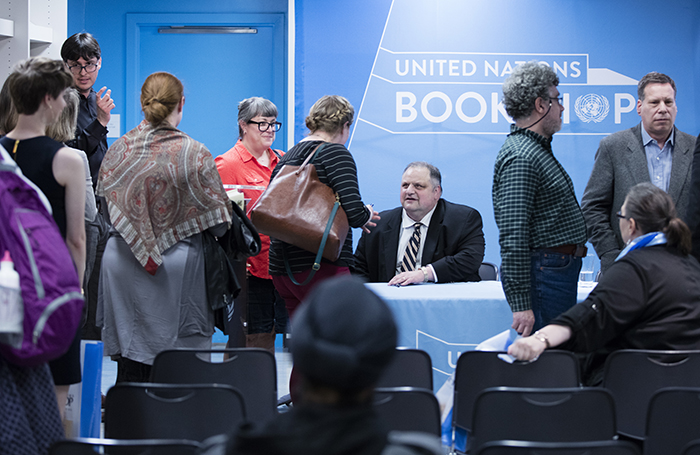 United Nations, New York, USA, April 01 2016 – Book Signing by Steve Silberman, author of “Neuro Tribes: The Legacy of Autism and the Future of Neurodiversity” today at the UN Headquarters in New York.

UNITED NATIONS, April 2 2016 – People on the autism spectrum are often stigmatized and face great challenges in their daily lives. April 2 is World Autism Awareness Day (WAAD). The UN celebrates the eighth WAAD with a high-level event and various panel discussions.

“We’re moving from viewing people on the autism spectrum as failed versions of normal to … different, not less,” Steve Silberman, award-winning journalist and author of NeuroTribes: The Legacy of Autism and the Future of Neurodiversity, said at the UN on April 1.

Autism is a lifelong condition affecting millions of people. In many areas around the world there is a lack of awareness around autism, leading people to violate human rights by mistreating individuals on the autism spectrum.

“Typically, autism is framed as something new and fearful under the sun,” Silberman said. “But a comprehensive examination of autism’s history reveals that people on the spectrum have been part of the fabric of the human community for a very long time, often hidden behind other labels, such as minimal brain damage and childhood schizophrenia. They were also literally hidden away from public view in institutions, locked behind walls of shame, stigma and secrecy. I’ve talked to older parents who were advised by their psychiatrists to put their son and daughter on a back ward of a state hospital, quietly remove their photos from the family albums and never speak of them again.”

Autism and the 2030 Agenda: Inclusion and Neurodiversity is the theme of this year’s WAAD. As autism is classified as a form of disability, it is included in the Sustainable Development Goals (SDGs), the seventeen Global Goals which were adopted by the UN General Assembly in 2015. The 2016 observance of the WAAD discusses how the SDGs can improve the lives of people with autism. Awareness around autism has already improved over the past few years.

“At Bellevue Hospital (in NYC) more than 850 children were diagnosed with childhood schizophrenia in just a few years in the 1950s. Now we know that schizophrenia is in fact very rare in childhood and that most of these children were on what we now call the autism spectrum. At least two generations of autistic people lived and died in institutions where they were subjected to brutal experimental treatments and thought to be incapable of learning and development,” Silberman said.

“In Nazi Germany people with autism and other disabilities were murdered by the thousands in a practice run for the Holocaust against the Jews. Even today, in countries were autism is not well understood, autistic people are treated like animals, locked in attics and chained in basements.” 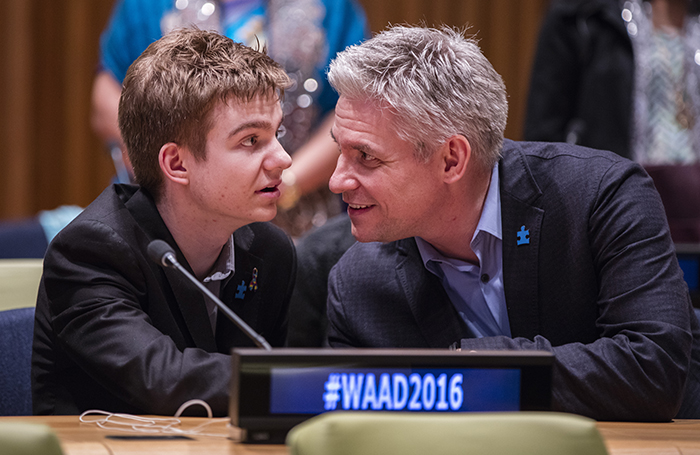 United Nations, New York, USA, April 01 2016 – A father and son participated on a special event on the occasion of World Autism Awareness Day (2 April). With the theme “Autism and the 2030 Agenda: Inclusion and Neurodiversity” today at the UN Headquarters in New York. Photo: Luiz Rampelotto/EuropaNewswire

While the United States has invested hundreds of millions of dollars in research on the causes of autism over the past fifteen years, there are not enough programs helping people with autism making the transition out of school into their professional lives. While individuals with autism often receive a lot of support in school, they struggle with finding a job afterwards.

“Families often describe this process as falling of a cliff,” Silberman expressed his concern. “One of the most neglected areas of research today is what factors help autistic adults lead successful lives.” 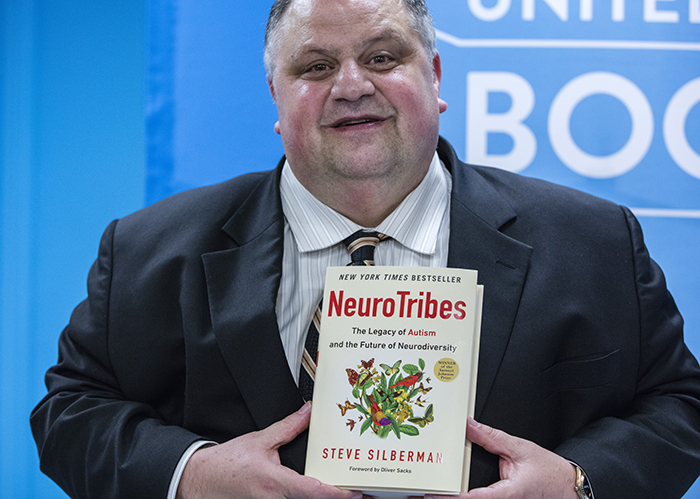 The UN and autism organizations around the world celebrate WAAD with awareness campaigns and fundraising events. One of the campaigns is a “Call to Action”, encouraging employers to offer job opportunities for individuals with autism. Employers can sign a voluntary commitment to express their support for this initiative.

Buildings around the world, such as Christ the Redeemer in Rio de Janeiro or the Israeli Parliament Building in Jerusalem will Light It Up Blue (#LIUB) on WAAD to put a spotlight on this disability.

“While persons with autism naturally have a wide range of abilities and different areas of interest, they all share the capacity for making our world a better place,” Secretary General Ban Ki-moon said. “The transition to adulthood is especially sensitive. As a strong advocate of mobilizing the world’s youth to contribute to our collective future, I call for societies to invest more funds in enabling young persons with autism to be part of their generation’s historic push for progress.”