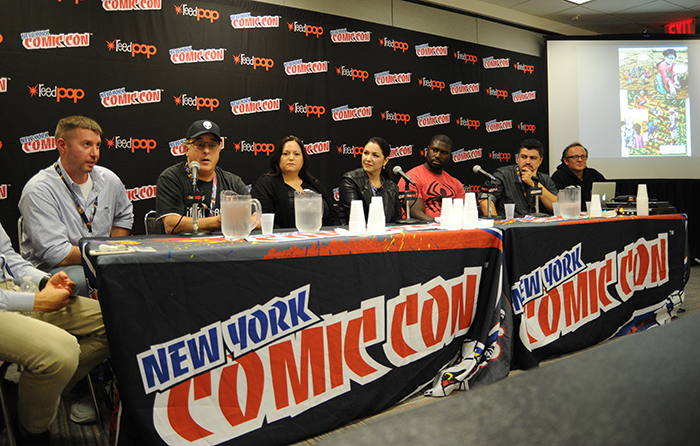 UNITED NATIONS, Oct. 30 2016 – The initiative Comics Uniting Nations presented its two latest comics at a panel at the New York Comic Con this month. The Comic Con was held at the Javits Center from 6 to 9 October and is the largest pop-culture event on the East Coast.

Comics Uniting Nations, founded in 2015, is an initiative formed by UNICEF, PCI Media Impact and Reading with Pictures. The initiative raises awareness around the Sustainable Development Goals (SDGs) by producing one comic on each of the seventeen Global Goals. 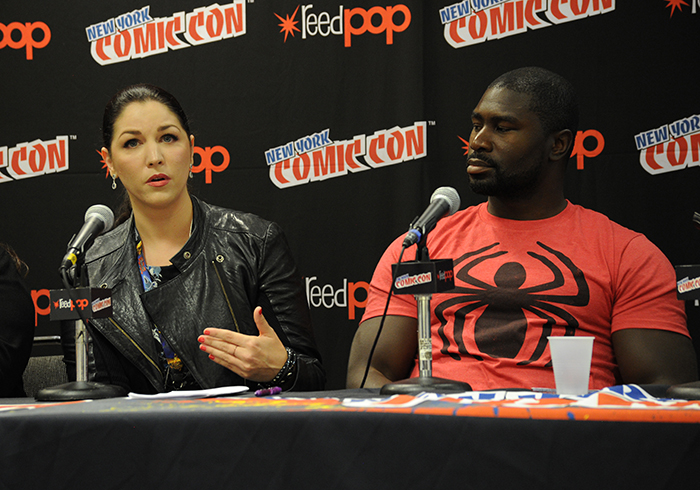 “We have developed a number of new comics since last year’s launch of the initiative,” Shannon O’Shea, Programme Specialist in the Post-2015 Development Agenda Unit at UNICEF, told Europa Newswire.

While comics are primarily aimed at children and young people, they are accessible to everyone and can speak to people of all ages around the world.

“In order to actually achieve the SDGs … different stakeholders will need to get on board: the private sector, civil society and the public at large,” said O’Shea.

“Increasingly Member States are talking about the critical need to reach children and youth with the messages of the SDGs and inspire them to take action – this is the only way that the aspirations articulated through these Goals will become a reality.” 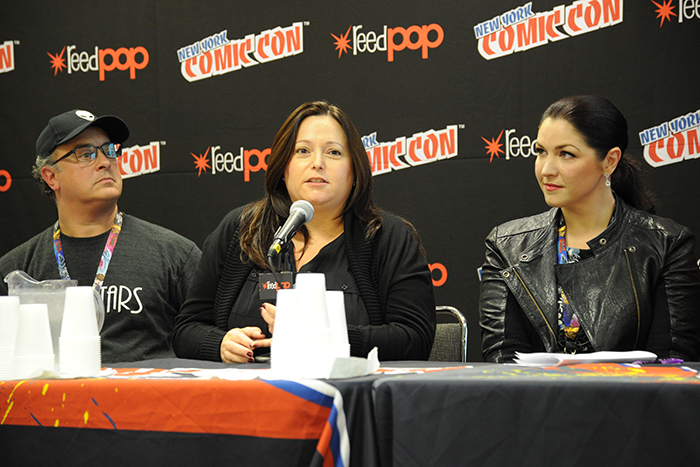 Chakra was co-created by Stan Lee, Sharad Devarajan and Gotham Chopra. Raju, an average boy who lives in Mumbai, has been given superpowers by his boss Dr. Singh and turns into Chakra, the Invincible. Together with his neighbour and friend Leela, who is also a superhero named Mighty Girl, they take their readers on a journey through the SDG agenda.

The comic books each consist of a short story around the respective Global Goal. Some comics are complemented by interactive exercises, such as the Trash Challenge or the Save Water Challenge in the clean water and sanitation issue, to playfully teach children the value of the Global Goals and show that everyone, and especially children, can do their part at home to contribute to the achievement of the SDGs.

The comics are created to educate people using their imagination with help of the universal language of visuals. Comics Uniting Nations works with teachers around the world and together they aim at empowering people in their communities.

In 2015 Comics Uniting Nations released its first three comics, among them Heroes for Change, a general introduction to the SDGs. The other two comics also feature Chakra, the Invincible. They address gender equality (goal #5) and educate about climate action (goal #13). The latter was launched during the climate summit COP21 in Paris last November.

Another UN comic, the New Hunger Comic Night Stars, was presented at the Nasdaq Stock Market Opening Bell Ceremony in July. O’Shea described this event as one of the highlights of 2016.

“The Comics were featured on Nasdaq’s video billboard in Times Square and Natabara Rollosson (co-founder of Comics Uniting Nations) and I participated in a Facebook Live interview to discuss why it is so important to use creative content and engaging stories to get children and young people interested in the issues represented by the SDGs,” said O’Shea. 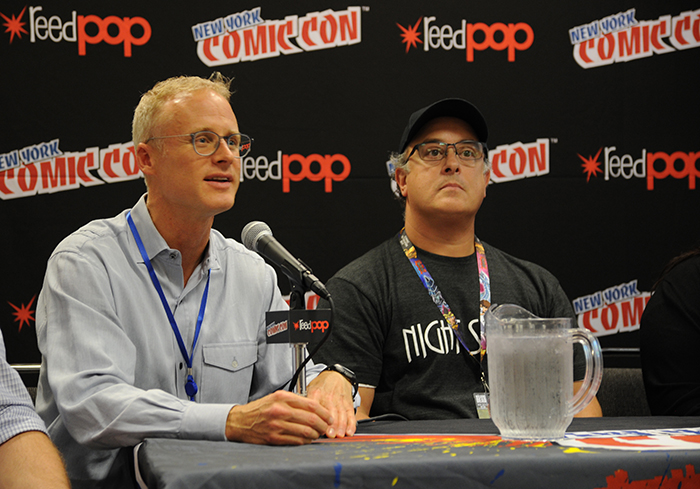 The Night Stars are characters by DeCheser Media, co-created by Michael DeCheser and Tim Lattie. In a special UN edition the three superheroes John, Adam and Leslie fight for zero hunger and against malnutrition (goal #2).

“The Comics are a significant contribution to this effort, together with its sister project – the World’s Largest Lesson – which aims to directly reach children through the classroom and also includes a lesson plan on using the Comics,” said O’Shea.

While Chakra, the Invincible addresses young school children, the powerful visuals of Night Stars are aimed at slightly older children and young adults.

“We know we have tapped into something special with the Comics and look forward to working with other creative partners in getting more content developed and spreading the word.”

All comics are available for free distribution on www.comicsunitingnations.org