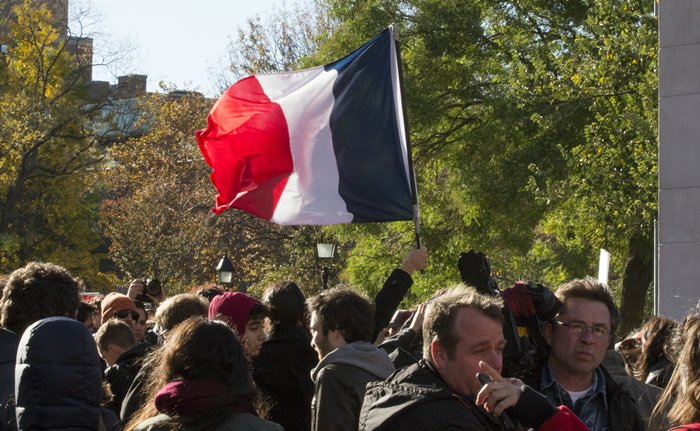 As a mark of respect for the scores of lives lost in the terror attacks in Paris, France, on Friday, November 13, 2015, all flags shall be flown at half-staff – effective immediately – by order of the Mayor of the City of New York, Bill de Blasio. This includes all flags – the American flag, the New York State and City flags, and the POW-MIA flag – on all City buildings as well as stationary flagstaffs throughout the five boroughs of the City of New York. 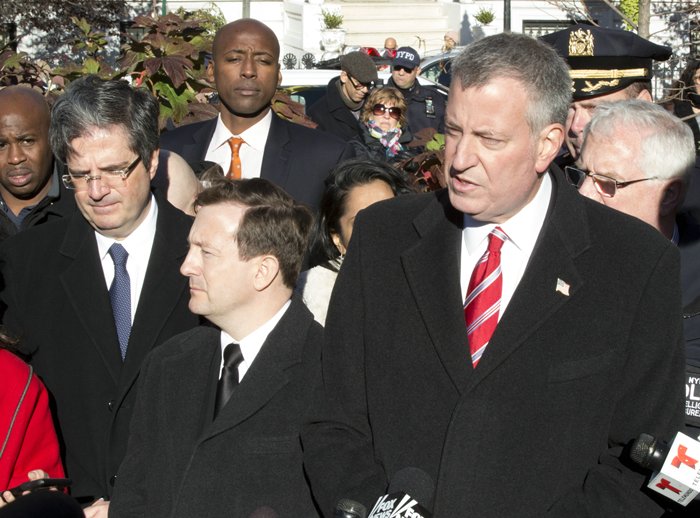 Flags raised to full-staff: To Be Determined

After sundown, the City Hall clock tower will be lit with the colors of the French flag – blue, white and red – in honor of the victims of the Paris terrorist attacks.

“Today, New Yorkers are joining together to remember the Parisians whose lives were tragically taken in yesterday’s attacks. Let us each take a moment to honor these victims and the people of Paris who are bravely soldiering on in the face of terrible loss. New York City is proud to stand with France and share their clear message: these cruel attempts to intimidate and threaten the people of Paris will not succeed.”