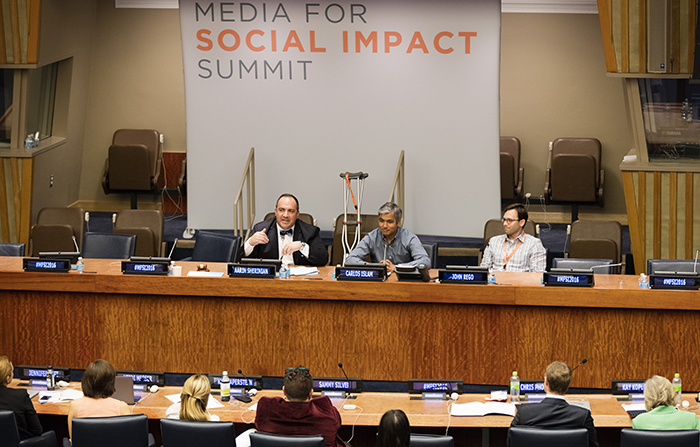 UNITED NATIONS, June 6 2016 – What impact does the media have on social change? This was

the main question at the Media for Social Impact Summit (MFSI) 2016, held at UNHQ on June 1.

The objective of the event was to analyze the role of the media regarding social change,

showcasing innovative social campaigns, strategizing new ones and to drive social change by

bringing together different stakeholders. Networks and partnerships are key to informing the

public about social issues and urging for solutions to these problems.

Islam, Special Events Manager at the UN and responsible for the Angry Birds, Happy Planet

campaign, was one of the invitees. He talked about his Angry Birds campaign, a media campaign

with help of a leading media company by targeting a young audience through social media. The

Angry Birds campaign was set up around the International Day of Happiness 2016, which is held

“What do the Angry Birds have to do with the International Day of Happiness? … We were asking

the young audience to make the Angry Birds happy by taking action on climate change. That was

the purpose of the campaign,“ Islam explained.

human right and as key to eradicating poverty. As poverty and climate change are

interconnected, the Angry Birds campaign could ideally combine both climate action and the

International Day of Happiness in order to reach a vast audience.

Angry Birds started off as a computer game and was later turned into a movie, which was

The Angry Bird, Happy Planet campaign is a joint campaign between the UN and the film

industry. The UN Department for Public Information, responsible for the campaign, has been

working with the film industry since the 1990s.

“Sony Pictures had noticed this and they had also seen some of the work that we had done,“

Carlos Islam said at the event. 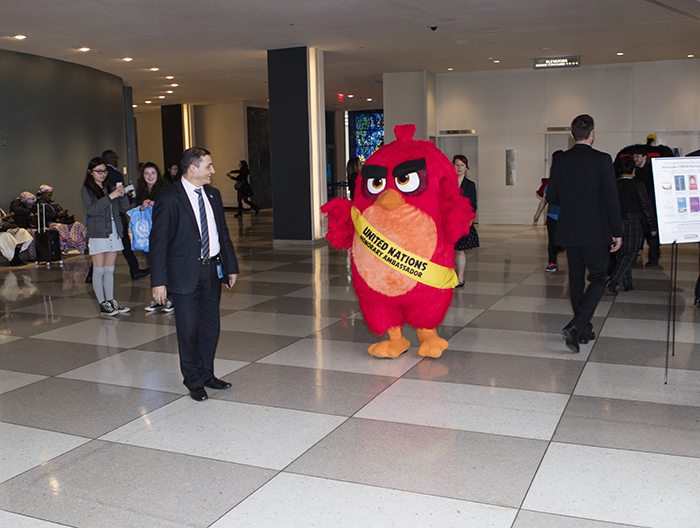 audience. Social media is one of the most important tools when it comes to engaging young

people and raising awareness around social issues, such as climate change.

By sending a tweet, recording a vine or taking a photo which shows people raising their voices

for a good cause, all under the hashtag #AngryBirdsHappyPlanet, people could participate on

social media and help raising awareness around the Sustainable Development Goals, in particular

issues on a greater level.