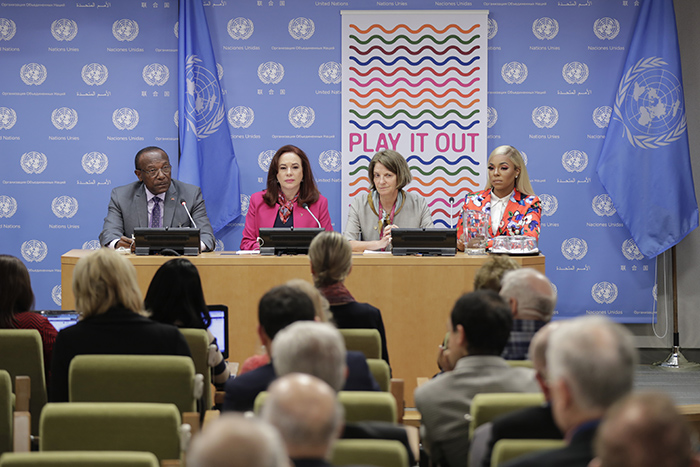 At a press conference in New York April 30, the President of the UN General Assembly, María Fernanda Espinosa, Molwyn Joseph, Environment Minister of Antigua and Barbuda, Mona Juul, Permanent Representative of Norway, welcomed a special guest Ashanti, singer and Grammy Award winner as a headliner at the upcoming ‘Play it Out’ concert to tackle plastic pollution.

“Plastic pollution has very quickly and very urgently become one of the defining issues of our times,” the GA President Espinosa said at the start of the press conference.

She also said “plastic pollution must be tackled from all angles; through clean up campaigns for sure, but also through more sustainable consumption and production. For that to happen, consumers and producers must learn about alternatives and what they can do – weather on the supply chain or in the checkout line, to reduce the amount of plastics that are ending in our oceans, in our rivers, in our mountains, in our wildlife and in ourselves.”

Up to 15 million tons of plastic litter are dumped into the ocean each year. Most of this has the potential to persist in the ocean for long periods, to travel with ocean currents across long distances, and to accumulate in habitats far from its point of origin. In fact, while most plastics are designed to last, their breakdown has been shown to result in microplastics that have been found everywhere from the insides of marine wildlife to the deepest parts of the ocean to the tops of mountains.
Minister of Environment of Antigua and Barbuda Molwyn Joseph said his country “was the first country in the Latin America and the Caribbean to enact strong legislation on the ban on single use plastic and Styrofoam. Several other Caribbean islands have since done the same. In Antigua and Barbuda, the import of these items is prohibited by law.” 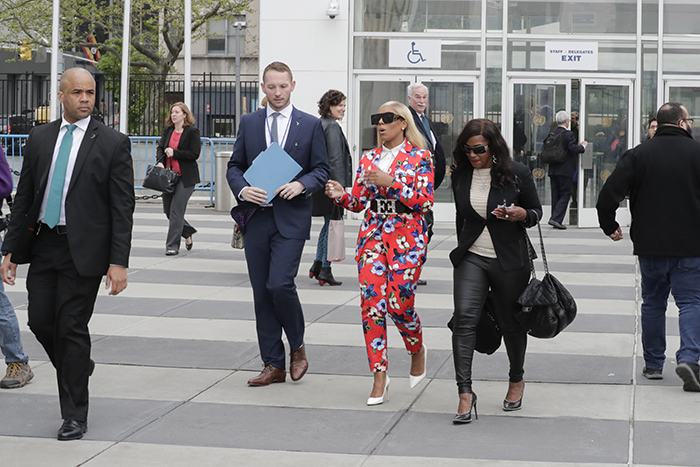 The minister urged for an immediate action.

“If we don’t act now, there could be more plastic that fish in the oceans by 2050. Marine debris is not an ocean’s problem. It is people’s problem. We created a problem, we must find a solution,” he said.

“We are killing our planet” and “we have to fix it, you know” – said Ashanti, a US singer, songwriter, record producer, dancer, and actress, who won a Grammy Award in 2003 for Best Contemporary R&B Album.

The singer will headline the concert Set for 1 June 2019, to take place at the Sir Vivian Richards National Stadium in Antigua. Organizers expect to see an audience of up to 20,000 people attend live. The event will be also live-streamed globally.

Along with Ashanti, the concert, which aims to Play it Out 2 Phase it Out, will be co-headlined by Machel Montano, the so-called ‘Soca King of the World’.

Additionally, the concert will feature an array of speakers including dignitaries, policymakers, celebrities, and representatives from the scientific, philanthropic and academic communities. This includes actor, co-founder of Lonely Whale, and UN Environment Goodwill Ambassador, Adrian Grenier.