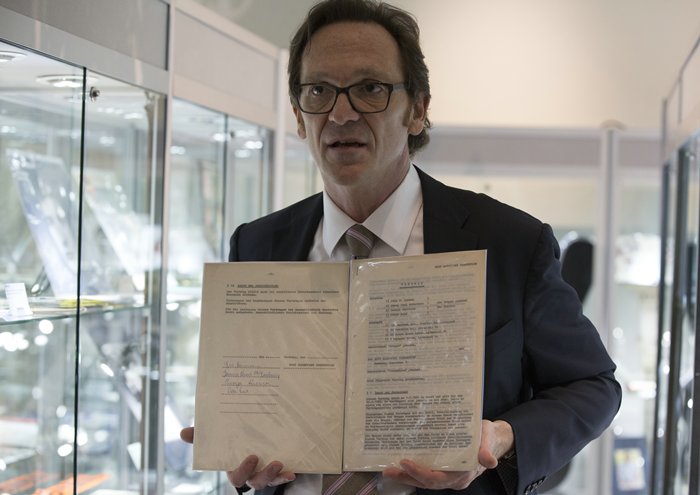 NEW YORK, Sept. 20 – “Welcome everybody to our live auction here today in New York City for our Beatles memorabilia. It is my pleasure to be your auctioneer”, said TV art historian Elyse Luray.

Heritage Auctions had a special treat for wealthy Beatles fans around the world: the Uwe Blaschke Beatles Collection from Hamburg was brought under the hammer on Saturday, Sept. 19 at the Ukrainian Institute of America.

“Everything goes back to Hamburg, it’s amazing,” Dean Harmeyer, Consignment Director at Heritage Auctions and a Beatles expert, told Europa Newswires, referring to the two years that The Beatles had spent in Hamburg before their career took off. 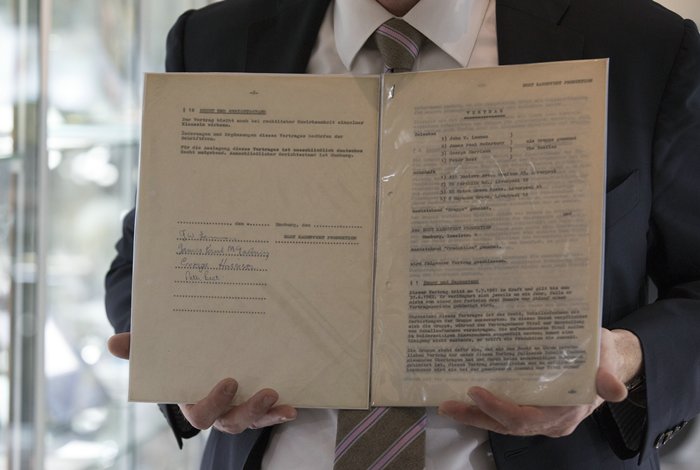 Highlight of the auction was the original 1961 recording contract which led to the discovery of The Beatles. The contract was credited to “Tony Sheridan & The Beat Brothers”, since the name “Beatles” was not yet considered to be suitable for the German market. It ensured the recording of the single “My Bonnie Lies Over The Ocean”, which caught the attention of Brian Epstein from Liverpool, who would become the manager of the band.

The document was on public display in New York from Sept. 17-19 and has now found a new owner.

While the final price of $75,000 is quite high, it did not exceed the opening bid and remained below Heritage Auction’s expectations of around $150,000. The buyer of the contract, who will pay $93,750 including the 25 percent buyer’s premium, wishes to remain unidentified.

“The next most expensive item is the guitar back here, which was owned by Ringo Starr, played by John Lennon, it was later gifted to Klaus Voormann who is a very important part of the story from the early days in Hamburg. Klaus owned it for a number of years and he gave it to Uwe Blaschke. They’re both German and Uwe had this great collection of Beatles things. ‘Oh I’ve got this guitar, I don’t play anymore, John Lennon played it, you should own it’,” Harmeyer shared with Europa Newswires. 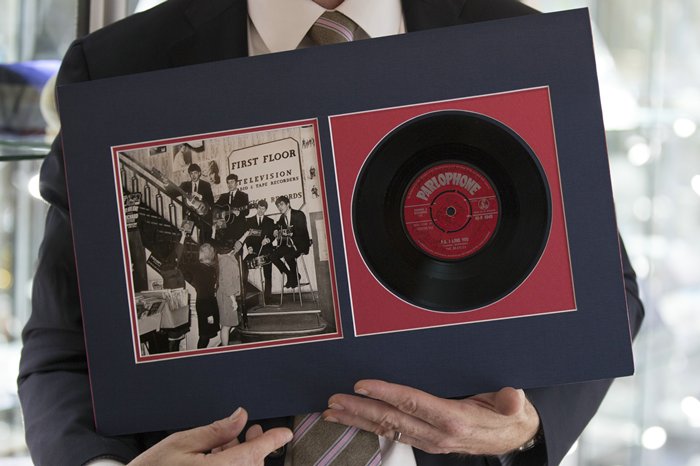 Another key piece at the auction was the rare first single “Love Me Do”, which was sold for $20,000.

“It was signed the day after it was released,” Harmeyer said. “This is one of the first records The Beatles have ever signed, which really makes it quite special.”

An original vintage photograph of young George Harrison modeling at the Bambi-Kino, where The Beatles first stayed when they arrived in Hamburg, was among the most precious pieces of Blaschke’s Collection.

Various other memorabilia such as autographs, drawings, rare photographs and personal postcards were also put up to auction.

Some twenty people were present in person, others bid on the phone and many more on the internet.

“In 2015, the auction rooms don’t have as many people as they used to. You buy your books online, people buy things at auctions online,” Harmeyer explained. “But we certainly have thousands of people around the world who are participating online.” 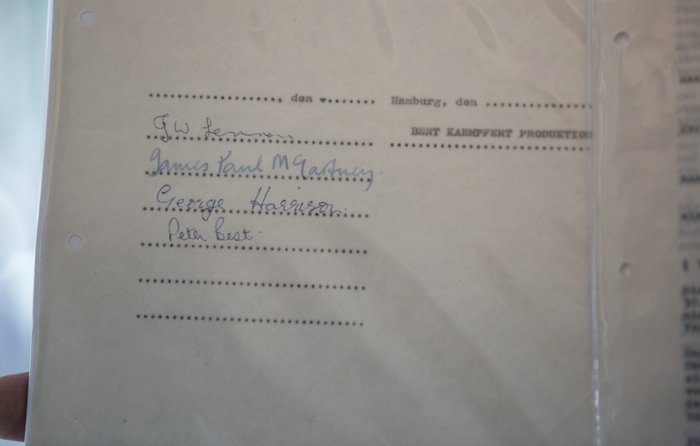 Uwe Blaschke, who passed away in 2010, started collecting items as a Beatles fan when he was in his twenties and created one of the finest collections in Europe. Many items of his estate were displayed at a Beatles museum in Hamburg. Blaschke’s daughter and son were also present at the auction in New York. “They are very proud of this collection, they are very proud of their father,” Harmeyer said.