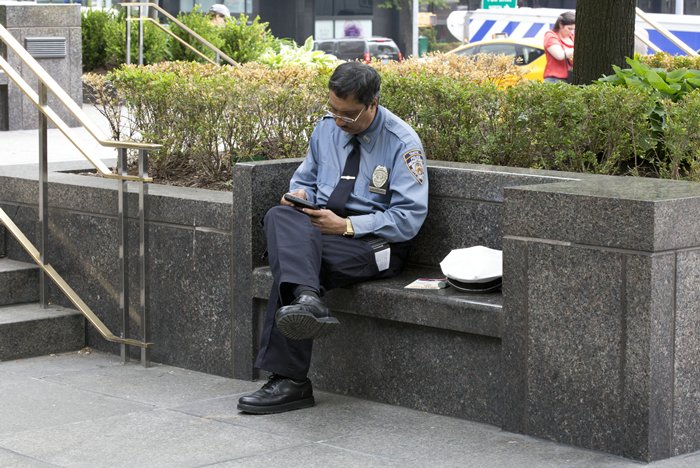 United Nations, New York, USA, May 15 2015 – During this Friday Lunch time Europa Newswire Photographers caught the most feared NYPD Ticket Officer checking how many Diplomat cars he have penalized by that time.  According to members of the Diplomatic Community that feared officer is costing them so much energy on ripping up of the fine that they are about to file a complain with the State Department.

On the Photo: NYPD Ticket Officer