The signing of the Paris Agreement at the United Nations

United Nations, New York, USA, April 22 2016 – Secretary-General Ban Ki-moon (right) speaks to the media following the Signing Ceremony for the Paris Agreement on Climate Change. More than 165 Member States were expected to attend the signing ceremony, including an estimated 60 Heads of States and Heads of Governments, setting an all-time record for countries signing an international agreement on a single day. Mr. Ban is joined by (from left) Ségolène Royal, Minister of the Environment, Energy and Marine Affairs of France; François Hollande, President of France; and Christiana Figueres, Executive Secretary of the UN Framework Convention on [Read More] 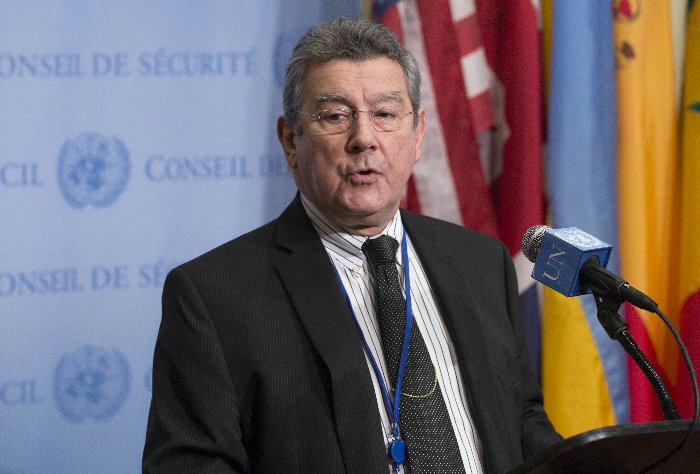