CERN: Celebration of Sixty Years of Science for Peace and Development - Europa Newswire 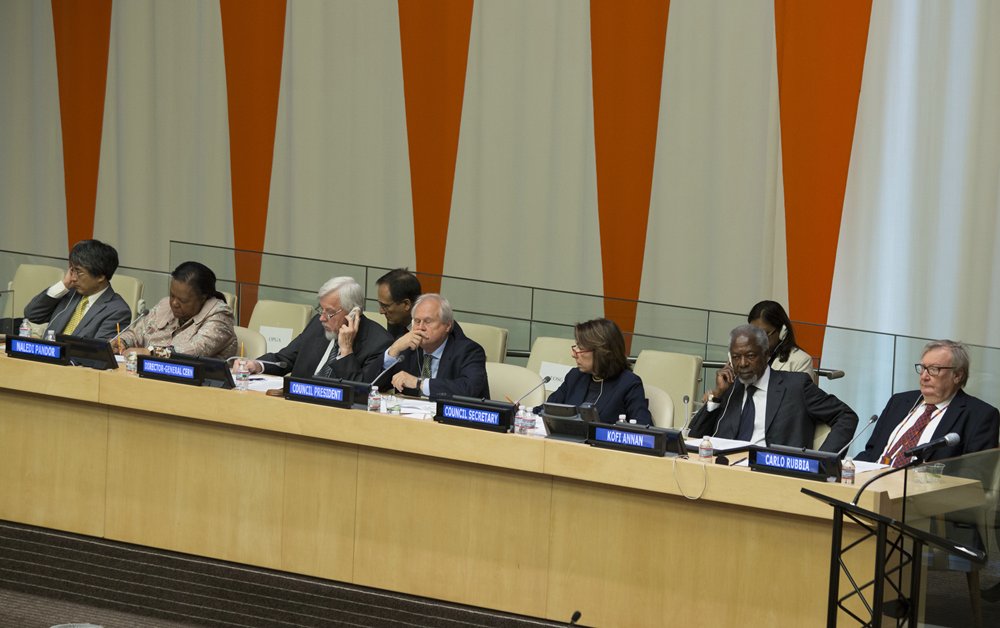 United Nations, New York, USA, October 20 2014 – Kofi Annan (second from right at panel), Chairman and Founder of the Kofi Annan Foundation and Nobel Peace Prize Laureate, makes a keynote statement at the special event marking the 60th anniversary of the establishment of the European Organization for Nuclear Research (CERN).
The event highlighted the role that science has played in peaceful collaboration, innovation and development. 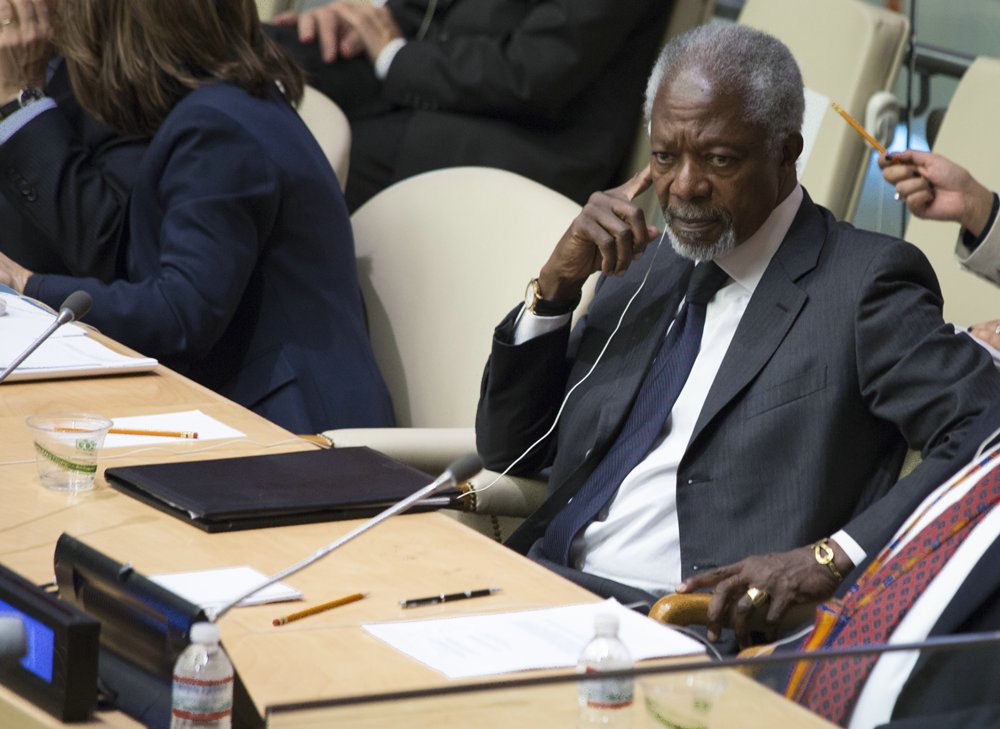 Mr. Kofi Annan, Chairman and Founder of the Kofi Annan Foundation and Nobel Peace Prize winner; Professor Carlo Rubbia, Nobel Physics Prize Laureate, and former CERN Director-General; Professor Hitoshi Murayama, Director of the Kavli Institute for the Physics and Mathematics of the Universe, University of Tokyo, and professor at the University of California, Berkeley; and H. E. Ms Naledi Pandor, Minister for Science and Technology, Republic of South Africa.

Mr. Annan said ours is a messy world: we face enormous challenges. In a world of plenty – 1 out of 9 people go to sleep hungry and more than 6 million children die each year from diseasing that we have figured out how to cure long ago.

Unsustainable production and consumption patterns continue to put a strain on our resources. Meanwhile, rising temperatures, changing rainfall patterns and extreme weather events are a clear danger to our societies. 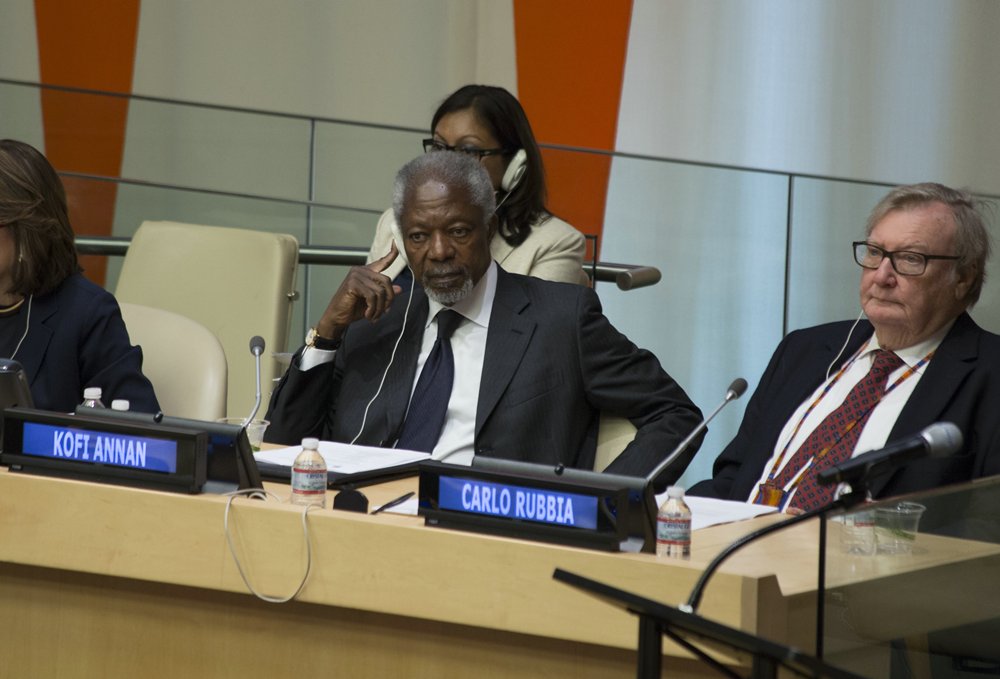 Science, technology and innovation are central in forging development policy and solving some of the world’s most pressing problems including in education, health care and peace and security, eminent scientists and world leaders said, marking today at United Nations Headquarters the 60th anniversary of the establishment of the European Organization for Nuclear Research (CERN).

Organized by the UN Economic and Social Council (ECOSOC) and CERN, the event “60 Years of Science for Peace” held in New York, highlighted the role that science has played in peaceful collaboration, innovation and development, as well as decades of cooperation between the two organizations.

CERN was established after the Second World War to give Europe a laboratory for basic research on particle physics that would promote peace. Since 1954, several achievements have been made at CERN, some of which have been rewarded with the Nobel Prize in Physics