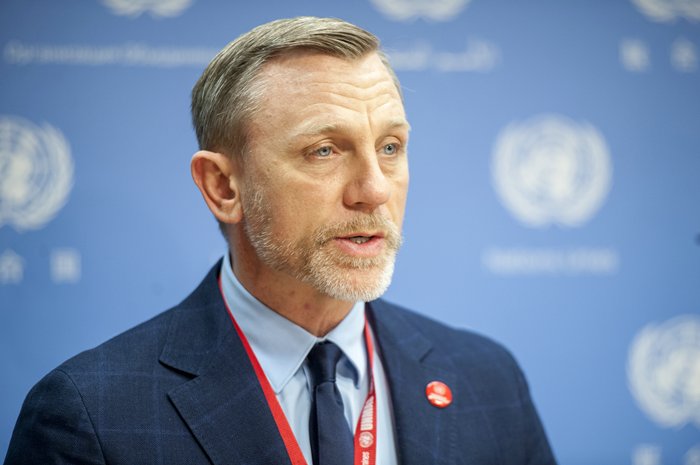 United Nations, New York, USA, April 04 2016 – Daniel Craig, actor and UN Global Advocate for the Elimination of Mines and Other Explosive Hazards during his visit to the UN Headquarters in New York. Photo: Cia Pak/EuropaNewswire

Marking Mine Action Day, UN Global Advocate on the Elimination of Mines and Explosives Hazards, Daniel Craig, said that as conflicts continue to rage in Syria, in Iraq, in Libya, in Somalia, and in the Sahel, the United Nations Mine Action Service (UNMAS) “provides a long-term solution to the biggest problem facing the victims of war, how to return to a normal life.”

Best known for his role as 007 in the James Bond films, Craig was appointed last year UN Global Advocate on the Elimination of Mines and Explosives Hazards by Secretary-General Ban Ki moon.

In many places around the world, new or re-emerging conflicts are creating a legacy of explosive hazards, such as landmines, cluster munitions and improvised explosive devices. UNMAS Director, Agnes Marcaillou, said the agency is no longer restricting its activities to land mines.

She said “it’s about landmines, it’s about unexplored ordinance – which is what we face most of the time now; the legacy of conflict is tremendous, the recent intensity of the conflicts – and it is about IEDs.” 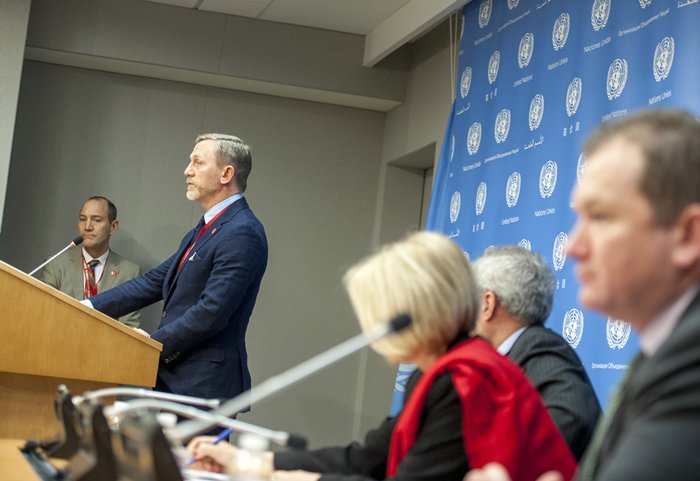 In Iraq, she noted, “if you decide to return to your home after Daesh has left your village, you are likely to find your doors, your windows, your stove, your holy book, the Koran, the windows, everything will be booby-trapped.”

On 8 December 2005, the General Assembly declared that 4 April of each year should be observed as the International Day for Mine Awareness and Assistance in Mine Action. This year’s theme is ‘Mine Action is Humanitarian Action.’

United Nations, New York, USA, April 04 2016 – Daniel Craig, actor and UN Global Advocate for the Elimination of Mines and Other Explosive Hazards during his visit to the UN Headquarters in New York. Photo: Cia Pak/EuropaNewswire

In South Sudan, 14 million square meters of contaminated land have been cleared; 3,000 kilometers of road made safe; and 30,000 mines and explosive remnants of war destroyed. And more than half a million people have received risk education over the last 12 months.

Since August 2015, 14 tonnes of unexplored ordnance have been destroyed in Syria, and last year, more than 2 million Syrians received risk education in schools and communities, and more than 5,400 people received physical rehabilitation services.