Football star and UNICEF advocate David Beckham called on world leaders on Thursday to put children at the heart of the new 2030 Sustainable Development Agenda, during the unveiling of a digital installation attended by United Nations Secretary-General Ban Ki-moon and UNICEF Executive Director Anthony Lake.

As the UN prepares to adopt the Sustainable Development Goals, the Assembly of Youth, a digital installation created for UNICEF by Google, harnesses mobile technology and social media to deliver personal messages from children and young people across the globe directly to world leaders.

The messages highlight the challenges they face in their homes and communities – including extreme poverty, inequality, violence, deadly disease and conflict – and express their hopes for the future.

At the unveiling, David Beckham urged world leaders to listen to these messages, to take action and transform the lives of millions of children by putting them at the centre of all decisions and investments in the new 15-year development agenda. 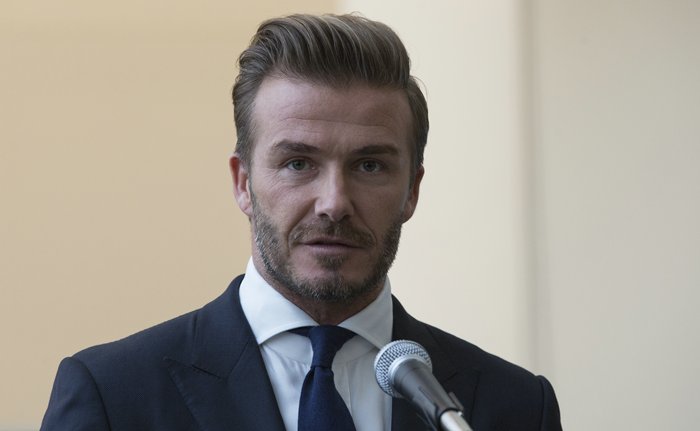 “I want a world where children can grow up safe from violence, free from poverty and protected from preventable diseases, don’t you? Join me in asking the world leaders to put children, especially the most disadvantaged, at the heart of the new global goals. I will personally not rest until that ambition is realized. Together we have the power to save lives. Thank you very much.”

Earlier this year, Beckham marked his 10th year as a UNICEF Goodwill Ambassador with the launch of 7: The David Beckham UNICEF Fund which aims to fight inequality, and rally for lasting positive change for the world’s most vulnerable children.

At the event, Ban said the new global goals will be adopted, as over 150 world leaders are expected to arrive to New York City for the United Nations Sustainable Development Summit from 25-27 September. He said,

“the targets outlined in the Sustainable Development Goals, the world is lifting the level of ambition. The new global goals put people, especially children and young people, at the centre of development. They prioritize human well-being, prosperity, peace and justice. They promote the respect for the human rights for all people. The goals speak to all people, in all countries, calling for actions from everyone, everywhere. Tomorrow these goals will be adopted.”

Despite the progress made toward realizing the Millennium Development Goals, millions of children are still left behind. Nearly 6 million children under the age of five still die every year from mostly preventable causes. More than 120 million children and adolescents are still not in school and many millions more are not receiving a quality education. The Sustainable Development Goals present a critical opportunity to extend progress to every child, but only if the world makes reaching the most disadvantaged and vulnerable children a policy and political priority. 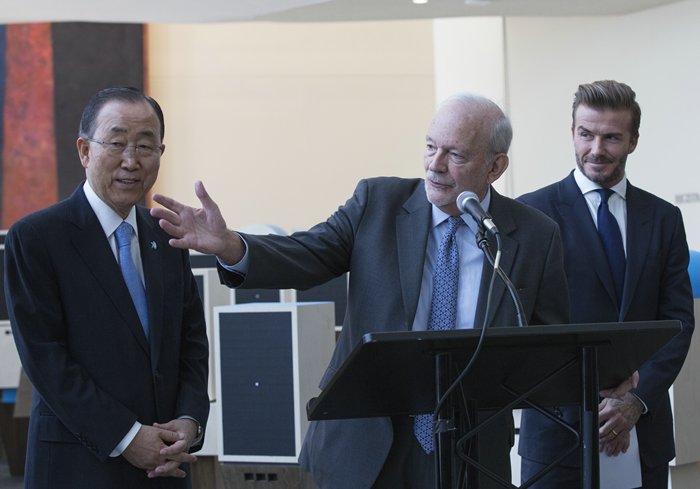 “all children, all children, especially the most disadvantaged, because if we do not reach the most disadvantaged children, with the health and the safety and the learning and the healing that they need today, then the disparities and injustices that plagues this generation will be repeated in the next generation. By targeting these children, children with disabilities from rural villages and urban slams, girls, so many others, we can help them break the bonds of inter-generational inequality.”

Data displayed in the installation is drawn from U-Report, a free SMS-based system that allows young people to speak out on the issues they face and what is happening in their communities. Data is also derived from outreach to children and young people across UNICEF social media channels.