Do You Remember Srebrenica 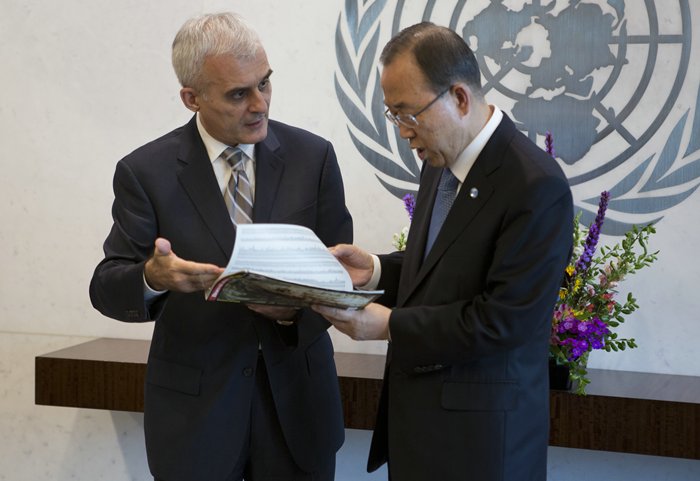 UN correspondent Erol Avdovic who presented him special edition of magazine “Do You Remember Srebrenica” – with the names of all known 8372 victims of Srebrenica genocide. The magazine was published by the biggest Bosnian newspaper “Dnevni avaz” (www.avaz.ba) on the occasion of 20th Anniversary of Srebrenica massacre – which occurred in Eastern Bosnia in July 1995. More then 8,000 Bosnian Muslim boys and men were killed in a course of only several days by the Serbian forces commanded by general Ratko Mladic – now standing for trial by ICTY (International Criminal Tribunal for former Yugoslavia) in Hague, Nederland. 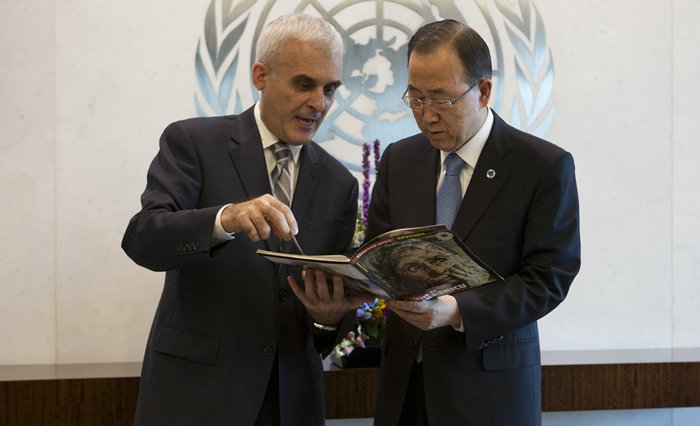 REMARKS DURING THE SREBRENICA 20th YEARS GENOCIDE ANNIVERSARY AT UN

“The atrocious murder of Muslim men and boys in Srebrenica will forever weigh on the collective conscience of the international community.”

“The United Nations, which was founded to prevent such crimes from recurring, failed in its responsibilities to protect the lives of innocent civilians seeking protection from the conflict and violence around them. The UN Secretariat, the Security Council and Member States share the blame.”

“The international community is still failing too many people in desperate need.  From Syria to South Sudan, people face unspeakable violence and terror.”

“The ordeals of those slaughtered by the Serb forces out to destroy every person that self-identified as a Bosnian Muslim follow me every day.”

“There is great angst in not knowing where the bones of your loved ones are and in the desire to get them a proper burial, to visit their graves and to say a prayer for their souls.”

“Calling what happened at Srebrenica but any name other than genocide – being a massacre, tragedy, catastrophe, whatever else- not only thwarts the possibility of reconciliation and bolsters those denying the genocide and leading the cessation efforts, but trivializes the pain and suffering of genocide victims, it re-victimizes the survivors, and it minimizes the enormity of the crime.”