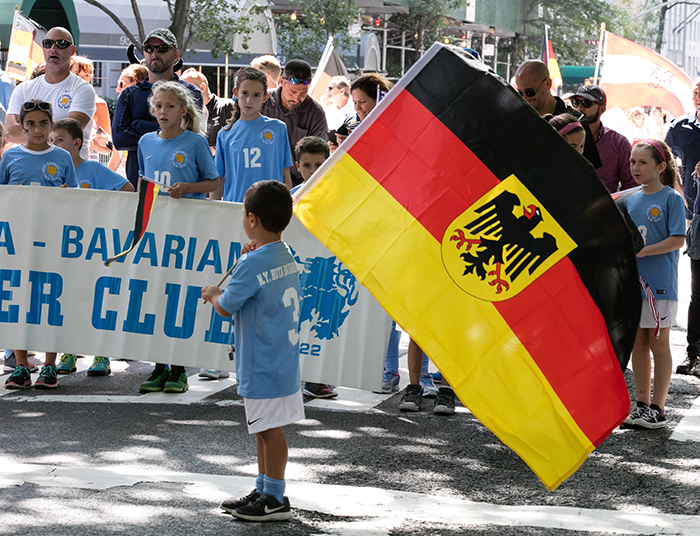 NEW YORK, Sept. 18 – The German-American community of New York celebrated the 59th issue of the annual Steuben Parade in Manhattan on September 17.

This day marks the highlight of the German-American friendship month, which is celebrated annually in September. Celebrations kicked off with a special mass at St. Patrick’s Cathedral.

Afterwards the marching divisions gathered to march down Fifth Avenue between 68th Street and 86th Street. Each year, thousands of visitors watch the German-American Parade in Manhattan. Parade participants presented a selection of German traditions, such as typical costumes, flags and music.

The Steuben Parade 2016 was opened by the arrival of the two Grand Marshals and music by the German Air Force Marching Band. This year’s Grand Marshals are Peter Wittig and Katarina Witt, two important representatives of the friendship between the United States and Germany. 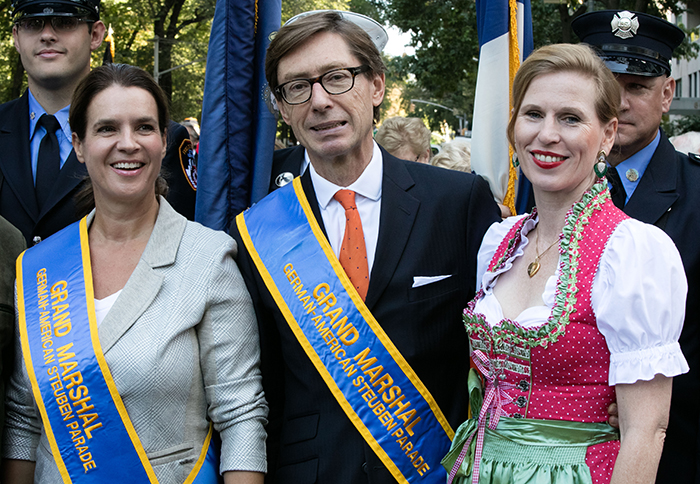 Katarina Witt is a famous ice skater from East Germany. In 1984 and 1988 Witt each won a Gold Medal for Germany at the Olympic Games in figure skating. After retiring from professional ice skating, she founded the figure skating production agency WITH WITT, producing ice show events both in the United States and Germany. She is also the founder of the Katarina Witt Foundation, helping young people with special needs to regain mobility. Witt is popular as a motivational speaker and was admitted into the “US International Women’s Sports Foundation Hall of Fame”.

During the Steuben Parade Peter Wittig was joined by his wife Huberta von Voss-Wittig who wore a traditional Dirndl, a colourful Bavarian dress. 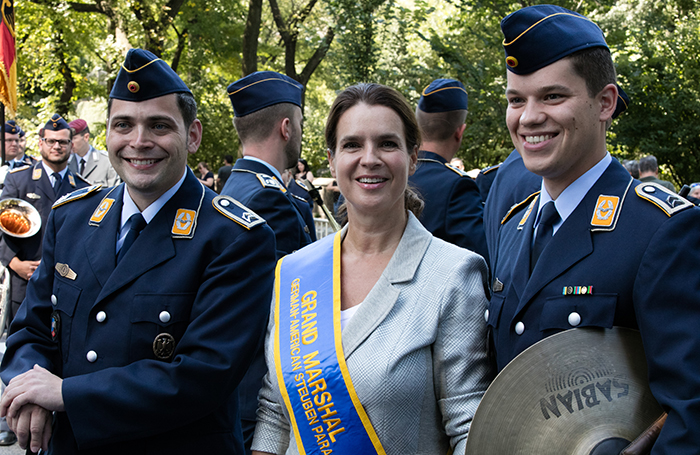 This year’s Parade also showcased old German cars such as the BMW Isetta of 1961, an automotive of the German Police of the North-German region of Niedersachsen.

The Steuben Parade closed with an Oktoberfest in Central Park, offering German food and beer, as well as a chance for the different groups to meet and chat. At Rumsey Playfield the German music groups Spitze and the Polka Brothers played for the visitors.

One of the Oktoberfest highlights was the 8th annual National Maßkrugstemmen Championship for beer enthusiasts.

“A Masskrug or Beer stein weighs about five pounds. The competition is a Bavarian strong man or strong woman contest where contestants lift a one-litre stein or Maßkrug with an outstretched arm as long as they can,” Parade Commentator Connie Rom explains. “It gets really heavy after just a few seconds.”

This year the day of the Parade would have been General Steuben’s 286th birthday. His birthday in mid-September is one of the reasons why Steuben’s  name was chosen for the Parade.

“We have many activities throughout the month of September, they are continuing even after this Parade,” said Parade Commentator Frederick Hansen. Among these activities are an Oktoberfest with the New York Mets and the Baronfest in honour of General Steuben.