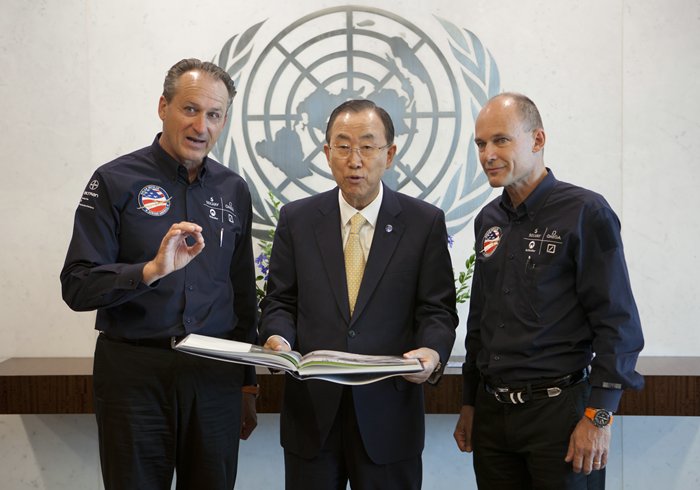 Paris, Dec. 11 – Sunlight is a natural source of power and can serve as a sustainable energy solution. Climate-friendly solutions, including solar-powered airplanes and vehicles, were presented at Solutions COP21, an exhibition at Grand Palais in Paris. The exhibition served as a platform for companies with smart energy solutions.

The Swiss project Solar Impulse promotes clean energy by taking a solar-powered airplane on a flight around the world. The project was initiated in 2009 by Bertrand Piccard and André Borschberg. The two pilots promoted their vision of a solar-powered future at events around COP21 in Paris.

“I did a feasible study, so the idea to fly without the dependence on fuel, with EPFL (École Polytechnique Fédérale de Lausanne). At the time we looked at a lot of solutions and came to the conclusion that we should do it with a solar-powered airplane, could have been an airship, or whatever. And then at the end of this study we decided to start the project together,” André Borschberg, Swiss entrepeneur and pilot of Solar Impulse, told Europa Newswire. 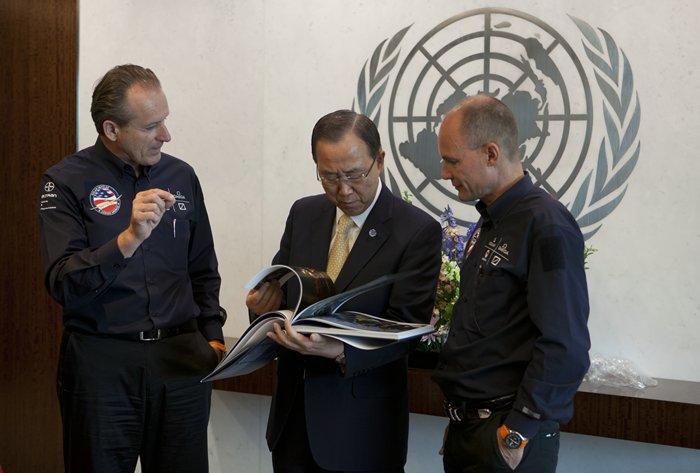 André Borschberg holds the record for the longest non-stop solo flight in history, 76 hours and 45 minutes in the airplane Solar Impulse 2.

“The goal is to promote technologies which are called clean-tech. The airplane is a demonstration of energy efficiency. To fly with the sun, you need something which is extremely energy efficient. So it’s light and all this, everything in the airplane in fact has little losses. And we want to promote this. And to promote this the best was to fly around the world because it’s the way it used to be done and it’s the possibility to go from one country to the next and present these technologies, present the message and so on,” Borschberg said.

He believes that presenting Solar Impulse at COP21 is an effective way of promoting clean energy solutions and reaching a broad audience.

“People … dream about adventures, when you keep on dreaming and you explain them why you do this, maybe they also get the message a little bit better, better than if you don’t do anything. And if you don’t do this at COP21 nobody will listen. So if you do something like this, politicians will listen to you,” he said.

He also spoke about his plans for the future, namely, an unmanned version of Solar Impulse which will serve as a replacement for satellites.

“The first objective of this would be to make an unmanned version which could fly six months, very high, replace satellites. Then you can come down and then change equipment, that will be fully sustainable, very flexible, not as high as satellites, so it’s better for the applications, so we could do a lot without polluting and in a more simple way. And cheaper. So I think in five years we should be able to get to do this,” Borschberg said.

Another project that supports solar energy is evovelo – green driving. The Spanish company developed an urban tandem tricycle driven by solar energy. In Paris, evovelo exhibited its prototype “mö”. Meant to substitute bicycles or short card rides within the city, the solar-powered vehicle is fully enclosed, can hold two people and is built with sustainable materials.

“It doesn’t need a permit, it doesn’t need a license, it doesn’t need insurance,” David Tome, founder of evovelo, told Europa Newswire. “Obviously a car is safer, but it can compete with bikes, bicycles, it is safer than a bike. So it’s an in-between. … We want to have it ready for September, October next year. … The good thing is that you can be with your friend and if you get a phone call you say, okay, you steer, I will call.”

Another smart idea is that of French company Signature Industrie. The company offers stations with six solar-powered electric bikes. 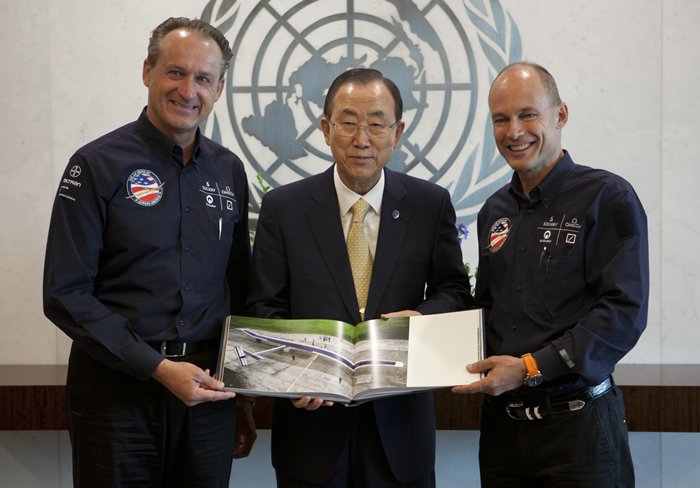 “The solar panels are on top of the station and they are recharging the electric bikes. The solution is for companies or collectives who want to offer share parks of electric bikes. … Companies take the contract and give the opportunity to employees to use the electric bikes for lunch, for going home at night or for making an appointment or something like that,” Sonia Degand, Business Development Manager at Signature Industries, told Europa Newswire.

Solar Industries offers this solar-powered bike station as a rent solution. One of the companies interested in the new movable bike station is the Fédération Française de Tennis.

With the world looking at Paris, clean-tech events at COP21 might have raised awareness around solar energy, its advantages and set the course for a greener future.