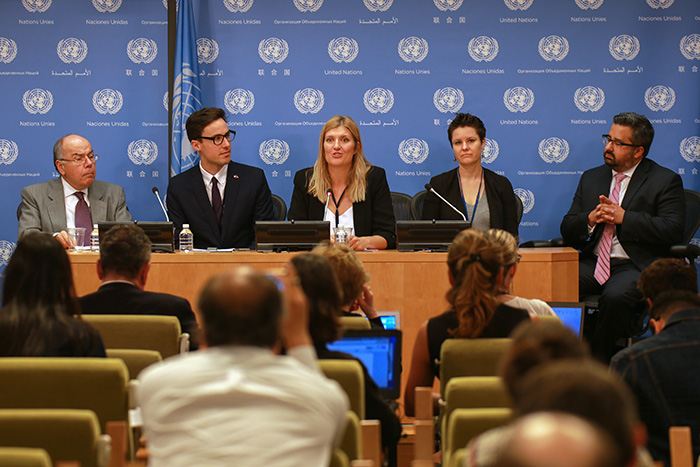 This year’s Nobel Peace Prize winner Non-Governmental Organization ICAN called on the US government “to continue certifying and stay in” the Iran Nuclear deal.

Talking to media at the United Nations Headquarters in New York, Beatrice Fihn, Executive Director of the ICAN – International Campaign to Abolish Nuclear Weapons, said the eventual pull-out of the US from the Iran nuclear deal “would have a lot of negative impact.”

Earlier this month, the Geneva-based ICAN was awarded the 2017 Nobel Peace Prize for spearheading the Concerted efforts of civil society organizations and several governments that resulted in the adoption of the Treaty on the Prohibition of Nuclear Weapons in July this year, the first multilateral legally binding instrument for nuclear disarmament in decades.

One hundred and twenty two country, none of them a nuclear power themselves, voted to adopt the Treaty – a legally binding instrument to prohibit nuclear weapons, leading towards their total elimination.

More than 15,000 nuclear weapons remain in global stockpiles, with many on high levels of alert. Furthermore, tensions have flared over the nuclear weapons development programme of the Democratic People’s Republic of Korea since past few months.

The Executive Director pointed out that “one American nuclear weapons-armed submarine has explosive power of seven World War two on it. And there are ten of these patrolling the world at the same time. We are talking about 70 World War two on our seas right now. And that is just the United States.”