Kerry Calls for Transition Away From Assad in Security Council 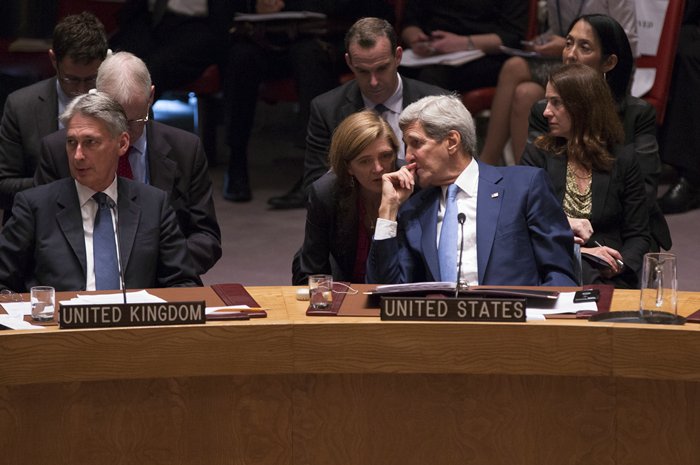 UNITED NATIONS — Yesterday the Security Council met regarding counter terrorism in the Middle East and North Africa . The council focused largely on the Syrian crisis and near solidarity could be heard in favor of a political, over a military solution. Sergey Lavrov, Minister for Foreign Affairs of the Russian Federation, solidified the Russian position, agreeing that their must be a political solution, but making it clear that the only way they see an end to the terrorism overwhelming the region is by working with the Syrian government including president Bashar al-Assad.

Secretary of State, John Kerry, gave an impassioned statement, directly criticing Russia for taking action that supports the Assad regime, saying “[The] Government of Russia has argued that we must support Assad in order to defeat ISIL. But the reality is that Assad has rarely chosen himself to fight ISIL. As the terrorists made inroads throughout large swaths of Syria and Iraq, raping, enslaving, and murdering civilians along the way, the Syrian regime didn’t try to stop them. Instead, it focused all of its military power on moderate opposition groups who were fighting for a voice in Syria.” 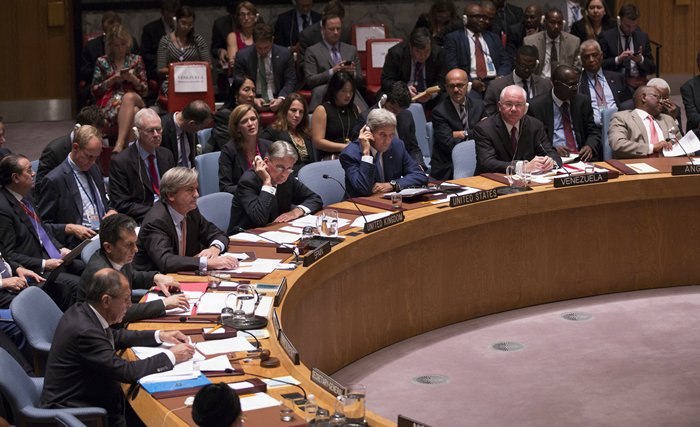 Kerry emphasized what he described as the cause of the ongoing civil war, peaceful demonstrations of young people that were met with brutal attacks by Assad’s military. He used this example as a means to paint the Assad regime as a violent dictatorship that should be removed from power, saying “The parents were outraged by the fact that their children, demonstrating peacefully, were beaten up. And they went out with their kids and they were met with bullets… That is how this whole thing began – people in a country looking for a future who were instead met with repression, with torture, with gassing, with barrel bombs. Assad will never be accepted by those that he has harmed. Never possible to become a legitimate leader in the future. Never possible to lead a reconciliation nor a unification of a country. That could not happen until he makes clear his willingness to actually heal the nation, end the war, and decline to be part of the long-term future.”

United Nations, New York, USA, September 30 2015 – John Kerry, Secretary of State of the United States, during the Ministerial Level Security Council meeting on the maintenance of international peace and security in the Middle East and North Africa and countering terrorist threats in the region.
Credit: Luiz Rampelotto/EuropaNewswire

Kerry noted that the United States would make no apologies for using force and that they would not only be continuing air strikes, but that they will be accelerating efforts by working together with coalition forces. He added that the United States would support any military efforts by other states that are committed to targeting ISIL and other terrorist cells but that they would in no way support campaigns that target moderate opposition groups or other non-terrorist organizations.