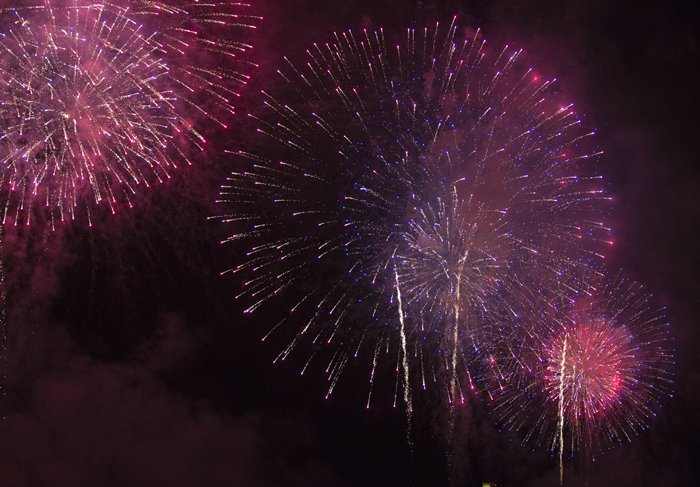 The 39th annual Macy’s 4th of July Fireworks offered a star-studded extravaganza for crowds and TV watchers alike. Touted to be the best yet, the show thrilled more than three million spectators with amazing displays of pyrotechnics and original and classic music from the United States Air Force Band, Gloria Estefan, and other popular singers. Considered arguably the best firework display ever, it eclipsed even last year’s Macy’s 4th of July Fireworks which were considered the best around.

Performers such as Dierks Bentley, Kelly Clarkson, Flo Rida, Brad Paisley, Ed Sheerhan, Cece Winans, Rodney Adkins, and the “Today” hosts, Willie Geist and Tamron Hall, made this an extra special event. The musical score was especially developed for this year’s Macy’s 4th of July Fireworks. It included old favorites and new songs that thrilled audiences around. Gloria Estefan’s debut song, America, performed with the VH1 Save the Music’s Park Place Community Middle School Choir from Brooklyn, New York wowed spectators. All the songs sung were superb. Rodney Adkins sang an excellent rendition of “America the Beautiful” and Cece Winans sang “My Country Tis of Thee” that had the crowd join in.

The Display to Beat

Two viewing areas made the Macy’s 4th of July Fireworks even more special with more than 50,000 fireworks lit from five barges. Four barges floated on the East River between 23rd and 37th streets; the fifth barge was actually a double barge that sat below the Brooklyn Bridge. The fireworks included red and blue octopi, multi-colored transformation ghosts, crescent moons, double hearts, patriotic stars, roaring dragons, purple rain, screaming banshees, and spider webbed shaped shells. The 22 colors used included new neon tints that many fireworks viewers had not seen before. Everyone interviewed was delighted and amazed at the brilliant display of color as well as the music. The fireworks lit up the city as well as both sides of the East River in their dazzling light. With displays within displays and amazing colors, the fireworks not only lit up the river but brought out the beauty of the New York skyline to those who were watching. 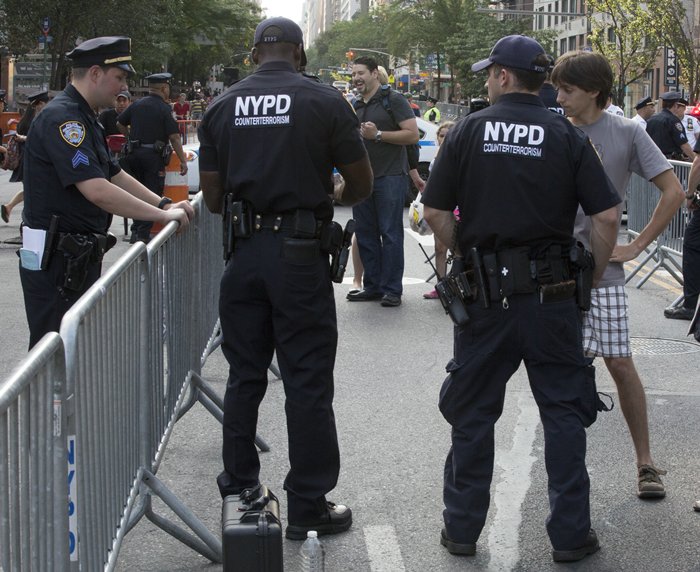 Given the warning from Homeland Security about possible terrorist attacks on July 4th, it’s understandable that New York went into heightened security for this well publicized event. With more than 7000 more police officers, the NYPD made their presence known and felt. And while nothing happened, with millions of people vying for the best viewing spots along the East River, the sheer number could be considered daunting. Officers became proactive to keep people safe with impromptu searches of purses and backpacks. Those carrying suitcases or wheeling baby carriages had police officers scanning them for radiation. People endured the security in typical New York cheerfulness, since most were just glad to grab a great viewing spot, whether on a pier, on the promenade, or just along the shore. Despite heightened security, many New York residents braved the masses and searched for the perfect viewing location as early as noon on July 4th. Although it seemed like a long time to wait for a 25 minute show, no one seemed to mind the wait–and the pay off was certainly worth it. Even after the show and with the crowds disbursing, the police presence was still there to ensure that there would be no unpleasant surprises and the only explosions would come from fireworks.

It didn’t take long into the show to realize just how well choreographed everything was. The fireworks shot up with each beat and each song in perfect harmony with the music. Gloria Estefan’s song, in particular, was extremely well done and the fireworks only enhanced her amazing voice. Many people, both old and young, were filled with patriotism and a renewed sense of wonder and hope for the country. Some sang as familiar songs filled the air or their headphones. All around, people were filled with pride and good will.

It’s hard to imagine a more perfect display, but the pyrotechnic wizards behind Macy’s annual fireworks are already thinking ahead as to how they could out do themselves next year. They’ll give themselves a rest until Monday and then be back at the drawing board on how they could improve the displays. One thing is for certain. With the amazing display this year, more people will be back to see next year’s display of lights, sound, and color. Many people at the show were already saying they wanted to return next year because this was the most amazing fireworks show they have ever seen. And with good reason: this show is the show to beat.