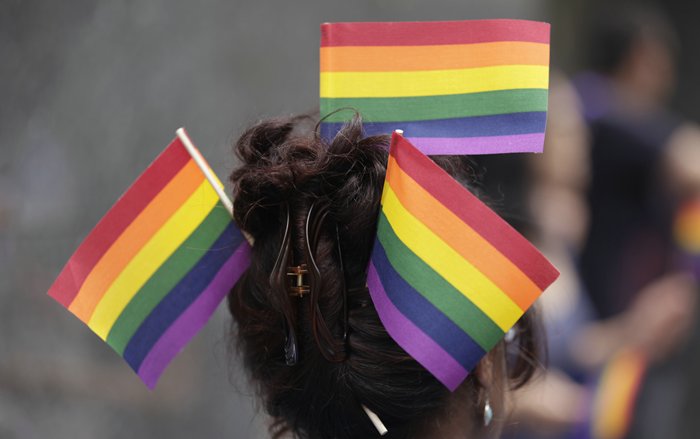 The New York Pride Parade took place only two days after the Supreme Court’s decision to affirm same-sex marriage. Parade-goers took to the Big Apple’s streets with rainbow flags, noisemakers and an array of handmade signs. They were surrounded by paper mache floats, plenty of alcohol, music and fellow ecstatic revelers.

The timing of the parade could not be better. Ironically, it was not the first time that New York City’s gay pride parade took place after an important legal breakthrough. Back in 2011, the city’s parade occurred right after the state of New York legalized same-sex marriage. Two years ago, the parade took place merely days after the Supreme Court ruled that federal benefits must be available to married same-sex couples.

Much of the preparation for this year’s parade began last week. Around 20 volunteers gathered to inflate balloons that were displayed on the parade route. By Sunday morning, over 700 balloons had been fully inflated and color coordinated in groups of 20. Once the parade started, spectators witnessed rainbow flags and happy same-sex couples just about everywhere. At one point, one of the event’s announcers requested a short moment of silence to honor those who were victim of hate crimes, those who took their own lives and those who died of H.I.V./AIDS. While it was a somber moment in an otherwise jubilant event, it gave way to an uptick in celebratory activities as actor Tituss Burgess sang the national anthem, lightly clothed men weaved through marchers and screams of joy filled the city streets. 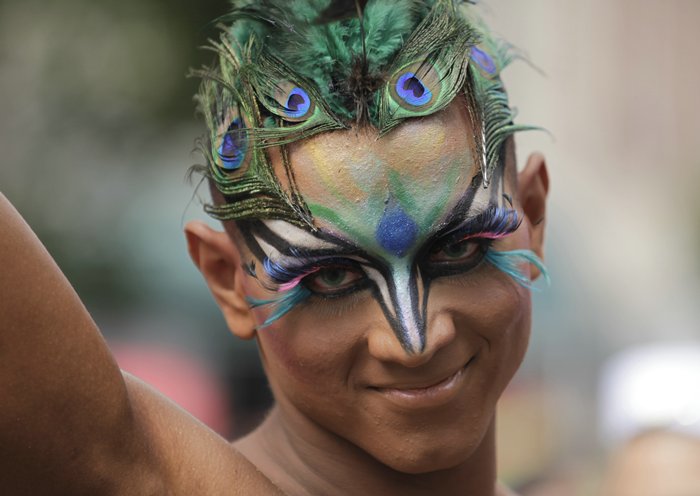 On Midtown Manhattan’s 41st Street, a chant was recited in unison: “What do we want? Marriage equality. When did we get it? Friday!”. Indeed, the United States’ same-sex couples finally received marriage equality this past Friday when the Supreme Court rules that homosexual men and women could enter into the unison of marriage and receive the same financial benefits as straight couples.

New York City, widely viewed as a hub of gay rights activism, was not the only parade site following the Supreme Court’s recent announcement. Gay rights activists in San Francisco, Chicago and Seattle also took to the streets for a parade two days after the Supreme Court’s decision as well. The parades served as a way to celebrate the demographic’s new found legal victory. Parade-goers drank champagne, barely concealed by plastic bags, yet police officers did not seem to care. Many sang “Somewhere Over the Rainbow” in unison. While the revelers finally had their day to celebrate, it comes as no surprise that a few protesters appeared at the event. A rabbi held a sign along the parade route to express his belief that religious liberty and moral values were under attack. Yet the party continued on without incident, as if those protesters were not even there.

At one point in the New York City Gay Pride Parade, revelers shouted out, “All 50 states!”. While the entire country’s gay population is thrilled with the recent legal victory, their joyous spirit was really personified with the collection of parade-goers in downtown New York. The event felt a bit like a grand wedding reception rather than a social activist celebration. It wasn’t only gay rights activists who celebrated the legal victory. Joining them were family members, friends and those who simply wanted to partake in the activities associated with the parade.

One reveler, Dean Barnes, 49, a Metropolitan Community Church of New York minister, actually attended New York City’s first ever gay pride parade, which took place 18 years ago when he initially came out of the closet. On Sunday, he led the city’s gay pride parade atop a beautiful shiny blue motorcycle. He was accompanied by Sirens, a motorcycle group that headed the parade. His daughter and her wife were on-site to lend their support as well.

Also present at the city’s gay pride parade were the two couples listed as plaintiffs on the separate marriage equality cases. These important power couples are made up of: Jo-Ann Shain and Mary Jo Kennedy along with Michael Sabatino and Robert Voorheis. They held similar signs to announce their loyalty to one another. Shain and Kennedy’s sign read, “Together 33 years”. Sabatino and Voorheis’s sign read, “Together 37 years”.

Mayor Bill de Blasio participated in the parade as well. He donned a rainbow tie and marched next do his daughter, Chiara, who sported rainbow eye shadow along with a rainbow hair tie. De Blasio’s wife, Chirlane McCray and son, Dante, carried rainbow flags during the parade. Mayor de Blasio did his part to ensure that the parade would turn into a rollicking success by ordering police barricades be set up immediately after the ruling in an effort to shut off traffic from the area. It didn’t take long for the plaza to turn into a party that attendees will never forget.