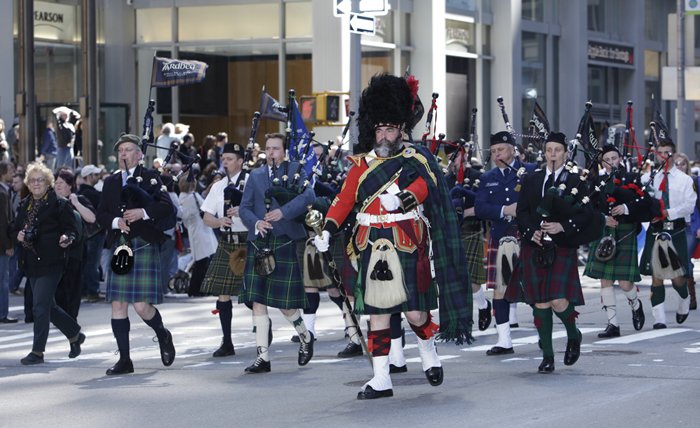 Men – get ready to don your kilts; women – be prepared to high-step and dance the day away to the sound of world-class bagpipe music during the 17th Annual New York Tartan Day Parade. This festive occasion that celebrates the Scottish people and vibrant culture, will take place on Saturday, April 11th at 2:00pm. The Tartan Day Parade will be marching along 6th Avenue from 45th Street to 54th Street.

If you are interested in getting “the best seats on the streets” then head to 6th Avenue between 45th Street and 54th Street early on Saturday morning. The crowds are sure to come out in droves as the sounds of bagpipe bands fill the New York City air. In fact, Scottish Clans from around the world have been invited to partake in this amazing celebratory parade. Men, women, and children of all ages will be delighted to watch Highland Dancers perform incredible feats. Traditional Scottish Highland dances will be performed throughout the day as the parade winds its way through the streets of NYC.

This year, a special congratulations is due to Alan Bain. Mr. Bain, President of the American-Scottish Foundation™, has recently been appointed as the President of the National Tartan Day New York Committee. Through this prestigious appointment, Mr. Bain has helped the organization produce this year’s annual New York Tartan Day Parade, as well as the completing the coordination of Tartan Week events. Thanks to the National Tartan Day New York Committee the people of New York City can now come together to festively celebrate Scottish heritage and progress through song, food, dance, and of course a bit of Scotch whisky (for anyone who is 21 or older). 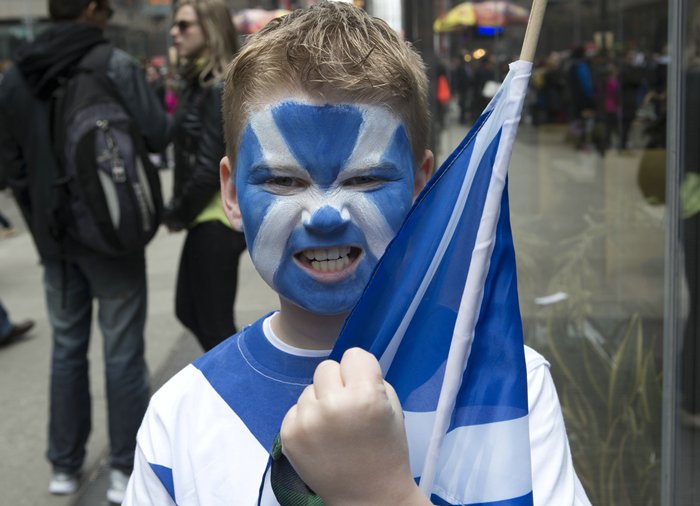 Such a great event deserves fantastic photography coverage. Europa Newswire has recently announced that they will be covering the New York Tartan Day Parade from all angles. If you find yourself late to the parade or missing some of the action, don’t worry, the Europa Newswire team of photographers is sure to capture the best photos. Stay tuned after the even to see a full publication of festive, colorful, and brilliant photographs.

Once the daytime festivities have come to an end, the stars will come out and the night time entertaining an begin. The New York Tattoo, an evening show that tributes our veterans, has announced that they will also be out and about this weekend. The New York Tattoo is proud to bring the best military music and Celtic traditions together as one cohesive unit. Their uplifting show features some of the finest traditions from Scotland, Ireland, Canada, and the United States. Audience members will be amazed to see ancient traditions unfold, modern tales unveiled, and celebrations of heritage occurring under the sparkling lights of a New York City night.

Europa Newswire will also be present to capture amazing photos of The New York Tattoo. If you are interested in learning more about Scottish and Celtic heritage, then join thousands of other participants at the New York Tartan Day Parade this Saturday, April 6th on 6th Avenue between 45th Street and 54th Street starting at 2:00pm. Attendees are sure to be amazed by the beautiful bagpipe bands, the flawless Highland Dancers, and the story telling feats of The New York Tattoo. With the help of Europa Newswire, the festive 2015 New York Tartan Day Parade will live on in beautifully captured photographs long after the bagpipes have faded away and April 6th has come to an end.