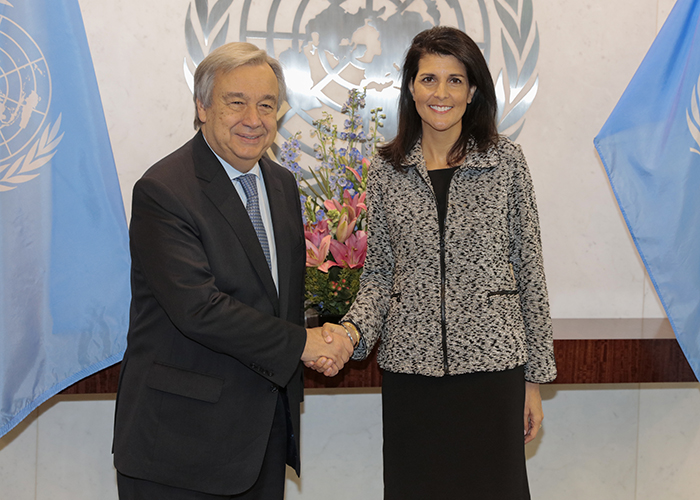 On her first day at the United Nations, United States Ambassador Nikki Haley said, “you’re going to see a change in the way we do business, it’s no longer about working harder it is about working smarter.”

Haley said she is “thrilled to be at the UN” and that she and her staff have “hit the ground running.”

Haley outlined the policy she will follow at the UN which is “to show value at the UN and the way that we show value is to show our strength, show our voice, have the backs of our allies and make sure that our allies have our back as well.”

She added in “for those who don’t have our back, we are taking names we will make a point to respond to that accordingly.”

The former governor of the state of South Carolina Nikki Haley succeeded Samantha Power who was serving as the US Permanent representative to the UN from 2013 to January 2017.