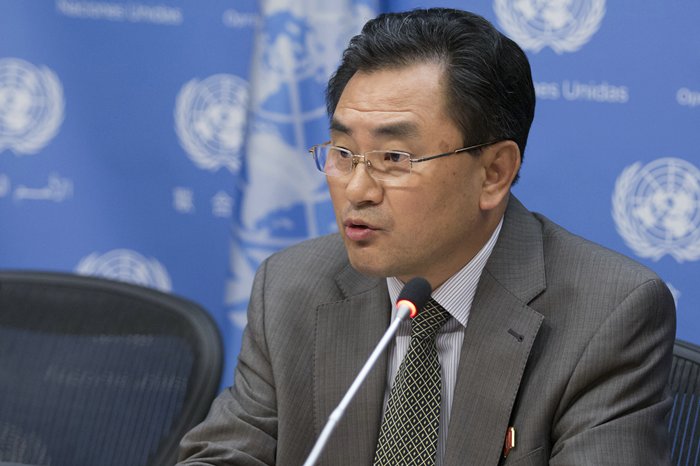 “South Korea and the United States are acting according to their playbook of war scenario by way of fabricating of a “landmine incident” and a “shelling from the Democratic People’s Republic of Korea” (DPRK) and resuming of psychological warfare campaign against the DPRK, in order to provoke a second Korean war during the nuclear pre-emptive joint military exercise of “Ulchi Freedom Guardian (UFG)”, the joint military exercise of South Korea and the United States, Nam stated.

The Deputy Permanent Representative of the UN Mission of North Korea,  An Myong Hun, spoke at the press conference on Friday afternoon, saying that the South Korean government and military “inventing” the case of shellfire by the North was a response to an ultimatum sent on Thursday to South Korean Military that there would be a “strong military counter-action” unless they stop their anti-DPRK loudspeaker propaganda and remove all broadcasting means in 48 hours, but south Korea has refused to stop the broadcasts until north Korea apologizes for the 4 Aug. when alleged North Korean mines left two South Korean border guards seriously wounded.

North Korea had given the South until 5:00 p.m. Pyongyang time Saturday (0830 UTC, 4:30 a.m. EDT) to stop anti-Pyongyang propaganda broadcasts near the border. Seoul refused to do so, and the deadline passed without any apparent incident.

South Korean President Park Geun-hye’s national security advisor and an aide to North Korean leader Kim Jong Un were set to meet half an hour after the 5:00 pm deadline to defuse the tensions at the Panmunjom truce village, the village inside the demilitarized zone, where the truce that ended the Korean War was signed in 1953, but there are no further updates on these talks.

“South Korea’s resumed psychological warfare broadcasting against the DPRK, under the pretext of the “landmine incident”, constitutes a clear violation of the 1953 Korean Armistice Agreement and existing agreements between the North and the South to stop any psychological warfare campaigns against each other” Said Ogwu.

She stated that it was an open act of war against the DPRK, and that the DPRK has every right to take necessary self-defense measures in order to respond to unilateral provocations of war made by south Korea.

“South Korea has committed a gravest act of war by firing dozens of shells on the territory  of North Korea under the pretext of non-existent “shelling” from North Korea.” said Ogwu. 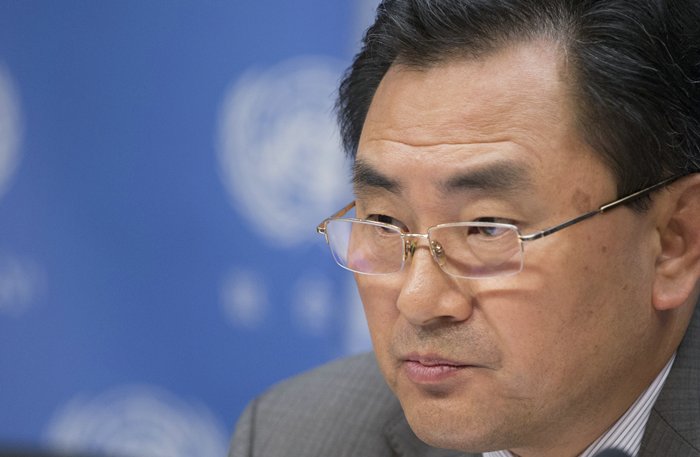 “The mine explosion of an unknown cause is purely a fabrication by the South Korean government and military.”

Multiple detailed, in depth questions were asked at the UN press conference, but were only responded with a re-iteration of Hun’s previous statement, that it is a fabricated provocation from south Korean government and military “designed to destroy all means of life of our people”  and further warning that North Korea’s military “will not make any empty talks”.