The Oldest Oppression: Discussing Prostitution at the UN - Europa Newswire

Book Signing by Ruchira Gupta of River of “Flesh and Other Stories: The Prostituted Woman in Indian Short Fiction” today at the UN Headquarters in New York.

An interview with Ruchira Gupta.

UNITED NATIONS, May 4, 2016 – United Nations Dignitaries and other renowned personalities gathered on Tuesday to read and discuss Rivers of Flesh, the most recent book edited by award-winning activist Ruchira Gupta.

The book is a collection of 21 stories by modern Indian writers around one common theme – prostitution.

In India, more than 3 million girls and women are trapped in prostitution – most between the ages of nine and thirteen. Globally the numbers have crossed thirty million. There is also a growing number of people –  policy makers, academics, and politicians – who believe prostitution is a valid livelihood ‘choice’ which can pull women out of poverty and inequality.

Ruchira Gupta worries that these people do not understand the lived experiences of girls and women who are pushed into prostitution and subject to repeated exploitation and violence. In an interview with Europanewswire, Gupta reflected on the misconceptions many policymakers hold.

“People say that compared to being stuck in a bad marriage, domestic servitude, rag-picking or other un-organized work, at least with prostitution women can have a livelihood.” Gupta told Europanewswire.

“There is no such thing as a livelihood in prostitution. It is the sex industry which makes money, not the women. It is not the oldest occupation, it is the oldest oppression.”

Her latest book sets out to prove this by portraying prostitution as system of inequality that is an outcome of the entrenched poverty and utter destitution left behind by British colonialism, old feudal zamindari cultures, and Brahmanical caste systems.

As she collected the stories, Gupta found that although many of these writers never met, did not speak the same language, and had not read each others work, they felt the same way about the status of women and prostitution systems. They all empathize with and humanize the most dis-empowered human being they know – the prostituted woman.

“The girls and women in the stories love, lust, get angry, and are betrayed. Their exploitation is unflinchingly revealed through their feelings,” Gupta said.

Although the stories are based in India, they speak to the experiences of women around the world.  T Ortiz Walker Pettigrew, an American trafficking survivor speaking at the event, said that she understood the loneliness, oppression and heartbreak in the stories.

As each woman’s choices become narrower and narrower in the system of prostitution, the stories in River of Flesh explore the falsehood of prostitution as a system for pulling women out of poverty and inequality

“The book shows how this is not a livelihood choice, and it is not a livelihood we should even think about right now. Through these stories I am hoping to get people who are in the UN, different policy makers, different countries’ ambassadors to think about a policy intervention which will invest in the poorest of the poor girls of our world and protect them from pimps and brothel-keepers,” Gupta said. 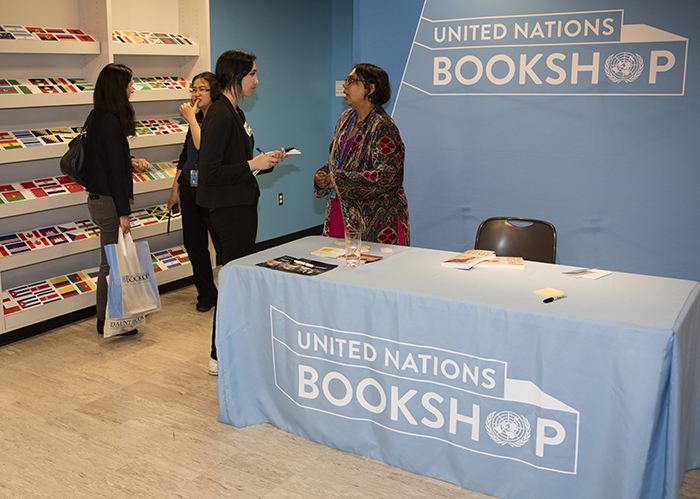 “Trafficking has come down in Sweden and Norway where these laws were implemented first,” she noted.

Gupta has designed three modules to teach the subject of human trafficking to university students. Her advice to activists and policy-makers is to listen to survivors.

“Go where they are: in mud huts, in slums, street corners or brothels. Amplify the realities of prostitution structures as violent, dehumanizing and eroding. Show that it is not inevitable. Sex is better with participation than with domination and violence.”