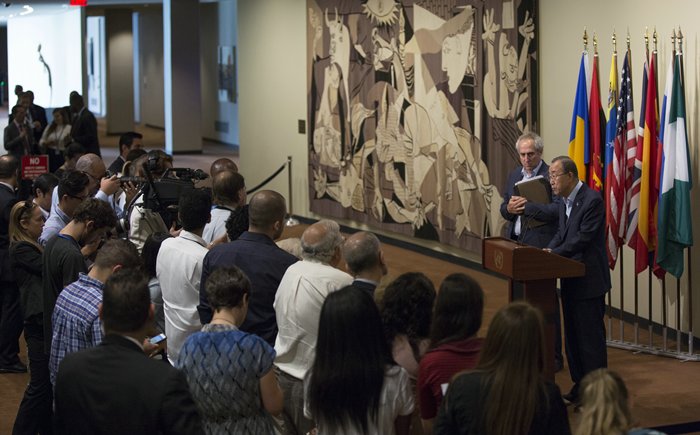 Do You Remember Srebrenica

UN correspondent Erol Avdovic who presented him special edition of magazine “Do You Remember Srebrenica” – with the names of all known 8372 victims of Srebrenica genocide. The magazine was published by the biggest Bosnian newspaper “Dnevni avaz” (www.avaz.ba) on the occasion of 20th Anniversary of Srebrenica massacre – which occurred in Eastern Bosnia in July 1995. More then 8,000 Bosnian Muslim boys and men were killed in a course of only several days by the Serbian forces commanded by general Ratko Mladic – now standing for trial by ICTY (International Criminal Tribunal for former Yugoslavia) in Hague, Nederland. On [Read More]

Photos by: Luiz Rampelotto/EuropaNewswire FLUSHING MEADOWS-CORONA PARK (QUEENS), New York, July 9 2015 — (by Albin Lohr-Jones) – Alligators in the sewers? Perhaps not. But dragons were plentiful at the 2015 Hong Kong Dragon Boat Races in Queens. From the dragon dancers weaving through the crowd at the festival to the elaborately-carved “head” adorning each of the boats, the ancient Eastern symbol of prosperity and good fortune caught the eye at every turn. The NYC version of the popular summertime festival, celebrated annually across the globe, featured food, musical performances, dance and — of course — boat racing. Now in its [Read More]