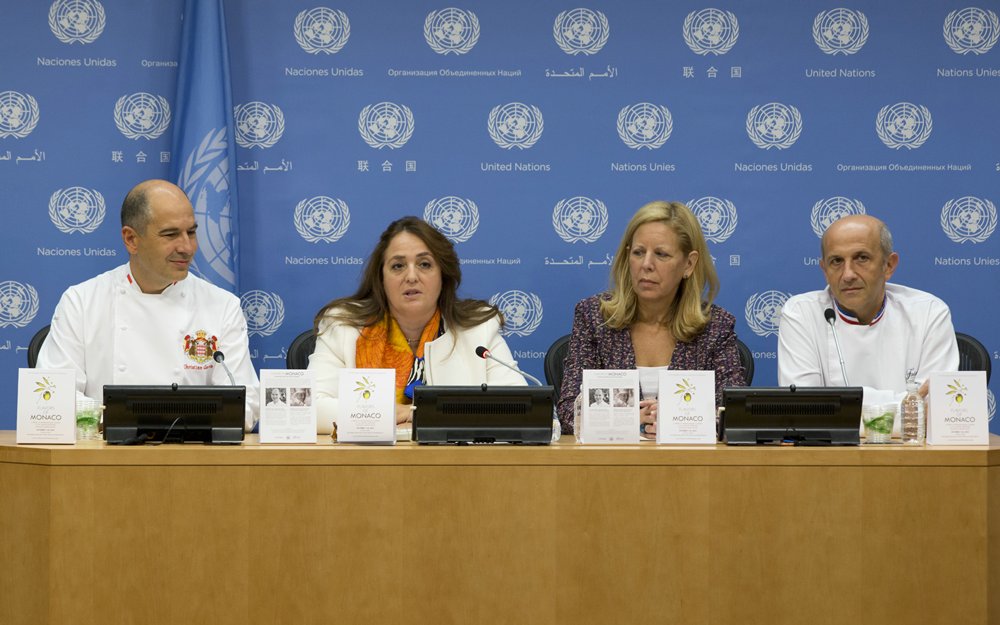 United Nations, New York, USA, October 03  2014 – Speakers briefing journalists on a culinary week dubbed “Flavours of Monaco” to run at the Delegates’ Dining Room at UN headquarters, 7 through 10 October. On the Photo:  From left: Philippe Joannes, Meilleur Ouvrier de France and Executive Chef of the Fairmont Monte Carlo, a resort hotel in the principality; Isabelle Picco, Permanent Representative of the Principality of Monaco to the UN; Cindy Hoddeson, Director of Meeting and Incentive Sales at the Monaco Government Tourist Office in New York; and Christian Garcia, Executive Chef for Prince Albert II of Monaco. [Read More]

Leonardo DiCaprio is the newly appointed UN Messenger of Peace

The Secretary-General Ban Ki-Moon designated  the Academy Award-nominated actor and committed environmental activist earlier last week as a MOP (Messenger of Peace) with a special focus on climate change. Speaking to reporters, DiCaprio said : “This is no small task as we all know it’s going to have to involve the largest movement – I think as we were discussing – in human history, but we are at a pivotal turning point. We are seeing the effects of rapid climate change happening every week in the news.” “To be bestowed this honor to be able to speak and have a [Read More]