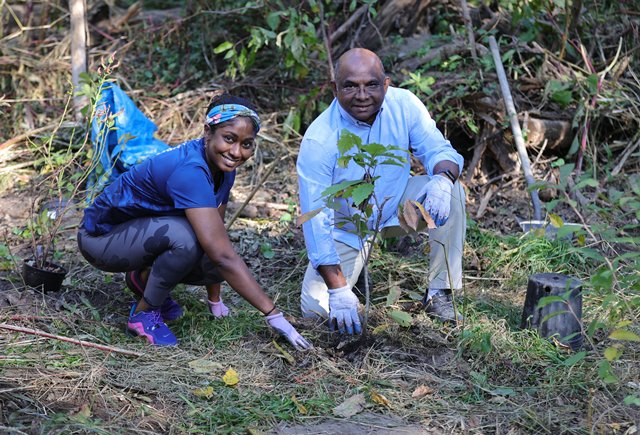 The PGA said that – as a Maldivian – he knows well the concept of community and of depending on your neighbors.

The PGA explained this volunteering initiative before his High-Level Meeting on Delivering Climate Action on October 26, here in New York, and ahead of COP-26, in Glasgow, shows that everyone can play a role in climate action.

New York City Parks informed the PGA that this was “the very first official tree planting of the autumn season” and that Mr. Shahid and the team planted approximately 350 trees today.

Mr. Shahid said volunteering at Cunningham Park was about recognizing the principles of the UN and what drives us to do the work: equality, sustainability, peace, and prosperity, giving back to our community; working across regional and cultural divides towards a common goal.

And here at the Headquarters, this evening at the GA Hall, President Abdulla Shahid will take part in the UN Day Concert under the theme: Building Back Together for Peace and Prosperity, which is being organized by the Department of Global Communications and the support of the Permanent Mission of the Republic of Korea.