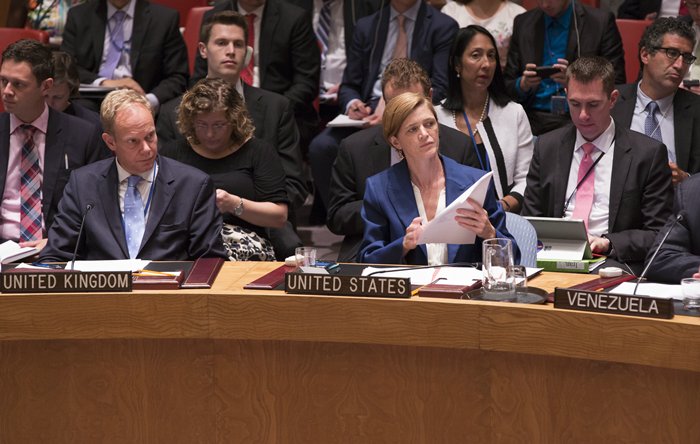 The United Nations Security Council today unanimously adopted a resolution establishing a monitoring system for Iran’s nuclear programme and considering the “eventual removal” of all nuclear-related sanctions against the country.

The Council endorsed the Joint Comprehensive Plan of Action (JCPOA), which is described as the culmination of diplomatic efforts by the so-called E3+3 – China, France, Germany, Russia, the United Kingdom, and the United States – and Iran, “to reach a comprehensive, long-term and proper solution to the Iranian nuclear issue.”

Speaking after the vote, US ambassador Samantha Power said, “Sanctions relief will begin only when Iran verifiably completes the initial steps necessary to bring its nuclear program in line with the deal.”

“This nuclear deal doesn’t change our profound concern about human rights violations committed by the Iranian government, or about the instability Iran fuels beyond its nuclear program – from its support for terrorist proxies, to its repeated threats against Israel, to its other destabilizing activities in the region. That is why the United States will continue to invest in the security of our allies in the region and why we will maintain our own sanctions related to Iran’s support for terrorism, its ballistic missiles program and its human rights violations.”

The US representative stressed, “So while this deal does not address many of our profound concerns, if implemented, it would make the world safer and more secure.”

Power also called on Iran to immediately release all Americans detained in that country. 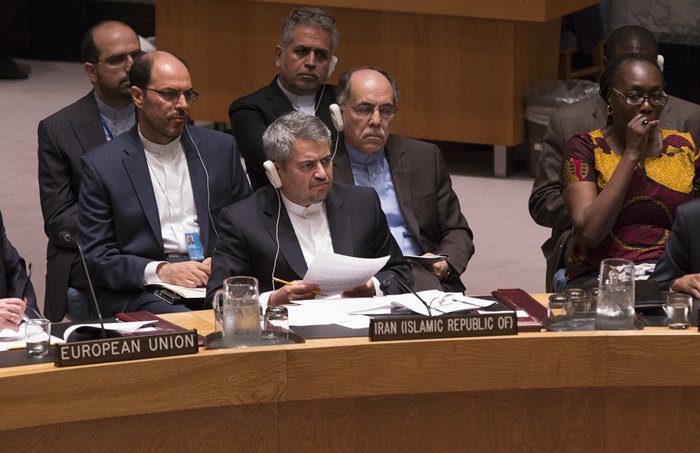 “The resolution that was adopted and the JCPOA that was endorsed today provide also for the termination of the Security Council resolutions that unjustifiably placed sanctions on Iran for its efforts to exercise its rights. They were grounded on nothing but baseless and pure speculation and hearsay. Nobody has ever presented any proof indicating that Iran’s program has been anything but peaceful.”

Responding to the US representative remarks, Khoshroo said,

“It is ironic that the distinguish ambassador of the United States accused my government of destabilizing the region and terrorism. The country that invaded two countries in our region and created favourable ground for the growth of terrorism and extremism is not well placed to raise such accusations against my country.”

“Feckless and reckless acts of the United States in our region for so many years are at the root of many challenges that we are now facing in our neighborhood. Iran is a stable country in an unstable region.” 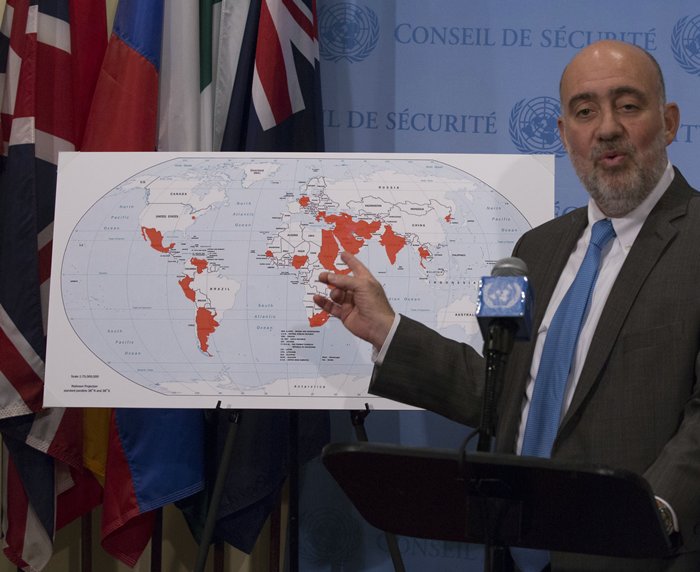 United Nations, New York, USA, July 20 2015 – Ron Prosor, Permanent Representative of Israel to the UN, speaks to journalists, following the Security Council adoption of resolution 2231 (2015) on the agreement between the E3+3 (France, Germany and the United Kingdom, as well as the European Union; plus China, Russia and the United States) on one hand, and Iran, on the other, regarding Iran’s nuclear programme.

On the Photo: Ron Prosor, Israels Permanent Representative to the United Nations.

“Today you have rewarded a great prize to the most dangerous country in the world. I hate to be the one who spoils the party, but someone has to say that the emperor has no clothes. Today is a very sad day – not only for the State of Israel – but for the entire world.”

“This deal is dangerous for the region, for the people of the region, Jews, Muslims and Christians alike and for the entire world.”