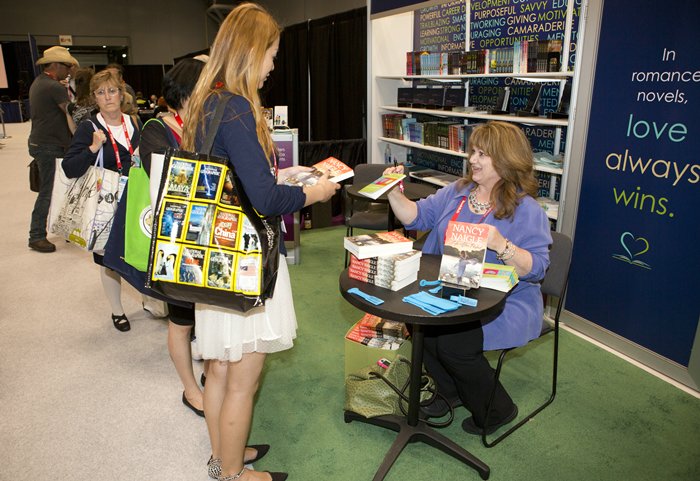 In the new world of publishing, authors like Nancy Naigle and Kelsey Browning are doing more than sitting behind their keyboards crafting cozy mysteries, romances, and women’s fiction stories for their readers. Now, they have the pleasure of interacting with fans face-to-face at one of the largest reader events in the world.

Naigle and Browning participated in several book signings during Book Expo America 2015. Naigle, a USA Today Bestseller, signed Barbecue and Bad News in the Mystery Writers of American booth and her newest release from Montlake Romance, Life After Perfect, at the Romance Writers of America (RWA) booth.

Browning also signed with RWA, but readers didn’t walk away with a physical book. Instead, she used the Autography iPad app to autograph digital copies of Designed for Love, the fourth book in her sexy contemporary romance series published by Carina Press, part of Harlequin Enterprises. When the reader downloads the ebook, Browning’s signature will be part of it, just like a physical autograph. Fans were excited about the technology.

In addition, both authors signed multiple titles during BookCon, a two-day event specifically for readers. They gave away hundreds of books, both paperback and digital. One of the titles they offered was In For a Penny, the first book in their co-authored, Amazon-bestselling Granny Series. These cozy mysteries feature kick-butt mature women serving up southern-style justice in unlikely situations. 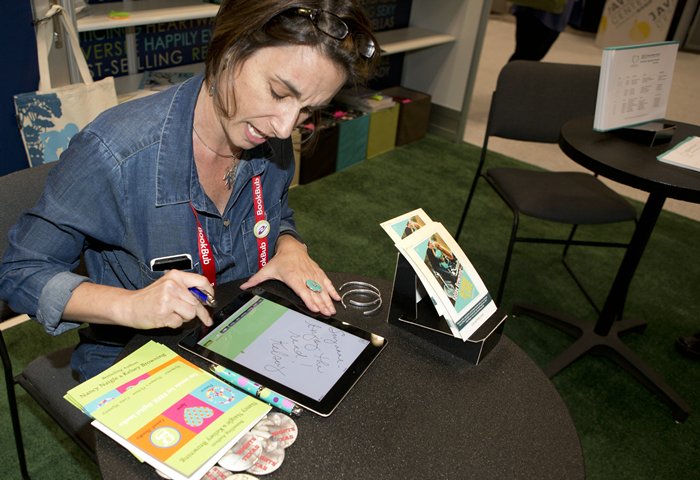 Naigle says, “We describe The Granny Series as ‘The Golden Girls meets Dirty Harry.’ Only difference is these women are over 50, female, and from the South. Honey, these are not your momma’s grannies.”

Browning adds, “After writing three books in this series, we’ve honestly been surprised by these feisty women more than once. Their back stories, their joys, their losses, their depths. As a forty-something woman, I now have role models for the kind of gal I want to be in a few years.”

Some of the themes the series treats with gentle humor are online dating, empowerment, healthy living, loss of spouse, friendship, staying productive, and just plain old having fun. What readers are saying about these books:

“Get your tissues ready…because you will laugh until you cry.”

– Amazon review of In For a Penny

“…shows you just what a bunch of strong southern women can do when they set their minds to it. Southern, sassy and full of fun.”