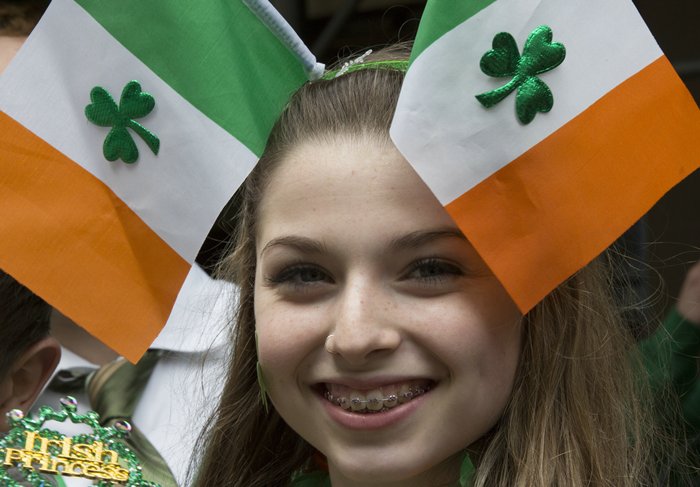 Few holidays are as visual as St. Patrick’s Day. And no other American city celebrates St. Paddy’s Day quite like the Big Apple.

The annual St. Patrick’s Day Parade in New York City was a visual delight this year, with the entire city seemingly awash in shades of emerald green as Fifth Avenue became home base for the festivities. Revelers in shamrock glasses, leprechaun hats and green boas began standing shoulder-to-shoulder to gain their vantage points along Fifth several hours before the parade began at 11 a.m.

By start time, the area was packed with people decked out in their green and ready to have a blast. As traditional bagpipe players marched beneath the cloudy skies, parade-goers whooped and waved their Irish flags in a frenzy.

The sights, sounds and people 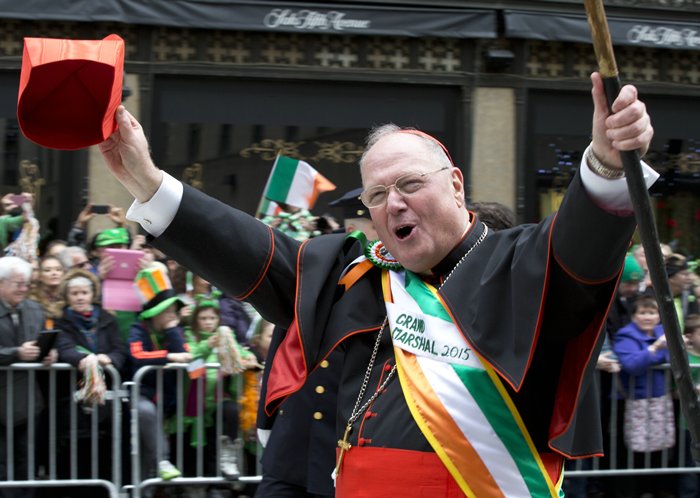 Parade-goers come in every age, size and shape, and images capture all the varieties of joy they demonstrate on this celebratory day. From glittery shamrock face-painting to green mustaches to green-and-gold eyelashes and more, participants and observers bring out their best costumes for the event.

Leprechauns of all sizes and varieties dot the landscape, with their red hair and beards, traditional buckle-clad hats and green outfits. Small children salute as New York police officers and members of the U.S. military march by in their uniforms.

For first-time parade-goers, the experience can be overwhelming. International tourists say they’ve never seen a spectacle like the parade, and young children stare wide-eyed at the variety of colors, sights and sounds.

A holiday rich in tradition 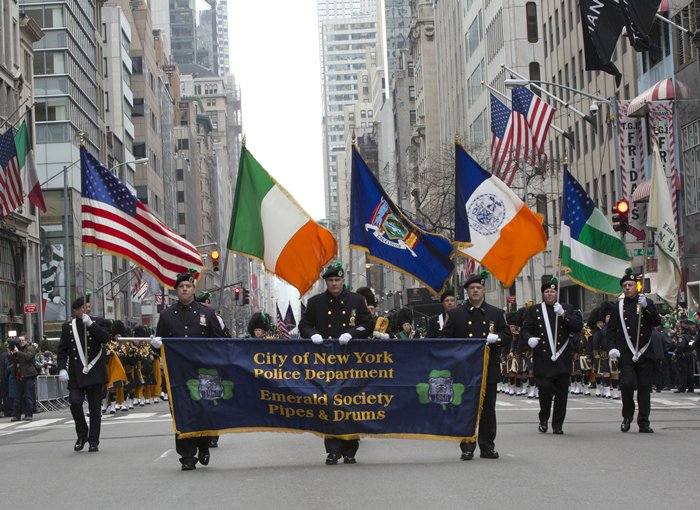 St. Patrick’s day, of course, is a holiday born of Roman Catholicism, and many Catholics do take part in the parade. The day is also known as the Feast of Saint Patrick, the patron saint of Ireland, and commemorates the date of his death.

People of Irish descent play a proud role in the festivities. But over the years, St. Patrick’s Day has come to belong to all Americans and symbolize the melting pot of faiths and nationalities that come together to make America a diverse nation with a rich history.

The New York City St. Patrick’s Day Parade, which started more than 250 years ago, is touted as the “oldest and proudest Irish tradition” in the United States. The parade today is a registered non-profit organization and has always been run by volunteers, who spend months preparing for the oldest, largest parade in the world.

The St. Patrick’s Day Parade in New York City is a time for revelry and for camaraderie among New Yorkers of all stripes, along with visitors from around the world. With the array of costumes and decorations, it’s also a time for stunning imagery that creates a photographic record of the special day.