State of the Worlds Fathers 2015 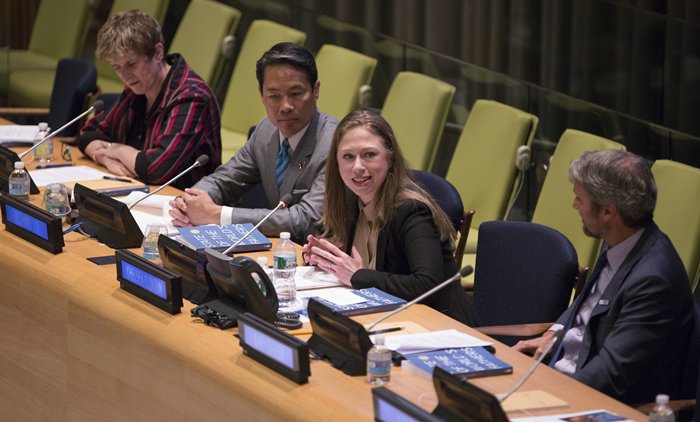 Tuesday 16 June 2015: Chelsea Clinton, who led the opening remarks at the unveiling of the inaugural State of the World’s Fathers report at the UN earlier today, called for all countries across the globe, including the United States, to ensure paid paternity leave for mothers and fathers.

“We know that having more opportunities for fathers to be engaged is not only good for fathers and their children, but good for our economies’, says Chelsea, “And yet, it’s not only a shift in mindsets that has enabled this to happen, it’s also a shift in policies and practices. One of those policies and practices that this report advocates for, and I could not agree with more strongly, is having more paid paternity leave. Almost every country in the world has paid maternity leave; unfortunately the United States is not one of them. The United States is one of only nine countries that doesn’t have paid maternity leave for mothers with new infants.”

“But only 92 countries have paid paternity leave, and for most, it’s measured in weeks not months”, she continues. “Yet, the report makes such a strong and powerful case for why paid paternity leave sends not only a strong philosophical message that parents have an equal stake in nurturing and raising of the children, from not only the early days, but the early weeks and the early months. But that again also it is in the country’s economic interests to have parents make those combined early investments.”

The launch of the State of the World’s Fathers argues that encouraging men to become more involved as fathers is the key to achieving gender equality, and shows women remain overwhelmingly more responsible for childcare and domestic duties despite their increasing role in paid employment. 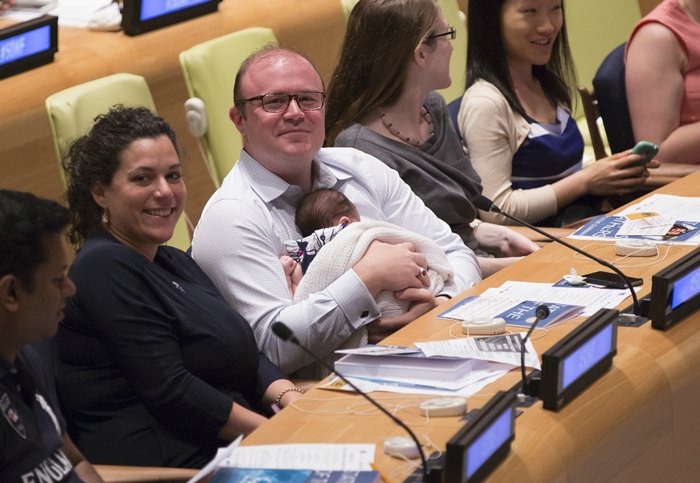 “This also isn’t just a conversation that is relevant to couples who are comprised of a father and a mother as my family is,” says Chelsea, “But also for families that are comprised of only one father or two fathers. This conversation has relevance for everyone and it is in all of our self-interest to ensure that more fathers have the same opportunities and support that I am lucky enough that my husband has to be the type of parent that I know he wants to be, and that I know Charlotte, our daughter, will benefit from him being.”

The State of the World’s Fathers report began its journey at the Clinton Global Initiative, in 2011, and has been made possible by a range of partners; Promundo, Save the Children, Men Engage Alliance, Rutgers, and Sonke Gender Justice, as well as the Global Clinton Initiative.

“I live in New York with my husband, and our daughter Charlotte. I have spent a lot of time recently thinking about parenthood, given that I am myself a new parent, clearly not the father, but the mother. I hadn’t understood that one of the great joys of becoming a mother would be watching my husband become a father. I am so grateful for his dedication, his support, his love, and the investments that he makes in our daughter every single day. We are very lucky and fortunate to know that his commitment to her is very much in both his and her best interest.” 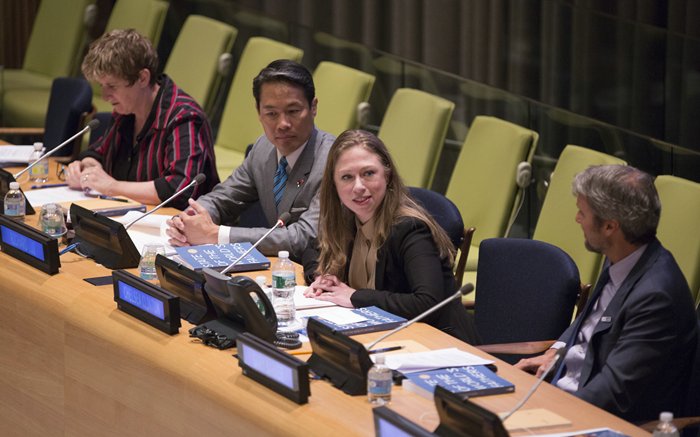 The State of the World’s Fathers report

“makes an evidence based case for why increasing the ability of fathers to engage in healthy, productive, positive ways for their children, is not only morally the right thing to do, but the smart thing to do. For fathers, for families, for communities, and for countries… positively engaged fathers now are happier fathers. We know that happier and healthier people are going to be more productive contributors to their country’s economies. We know that when fathers are more engaged, that creates more time and space for women to be more engaged in work outside the home. Women still do 2 to 10 times as much care giving and housework as men do. But we know that when there is a greater balance, not only is that again good for children, they are more likely to believe that they themselves can grow up and be mothers and fathers who share responsibilities with their partners, but it’s also again good for country’s economies.”

“We must make these arguments on a global scale so that every child has the same opportunity to have their father’s engaged, supportive, and inspiring them along the way.”

The State of the World’s Fathers report is out now: www.sowf.men-care.org