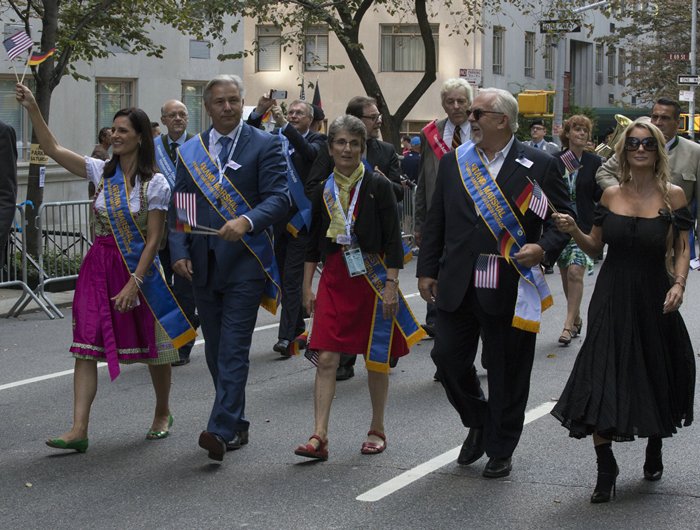 “It was amazing. It’s the first time I have ever been in a New York City parade and so then coming and be a Grand Marshal was pretty special,” Contessa Brewer told Europa Newswires.

Hundreds of traditional German and German-American organizations pilgrimaged from Germany and all over the United States to make the Steuben Parade a success. Between 68th Street and 86th Street visitors could enjoy brass bands, Schuetzen corps, carnival groups, firefighters, soccer team supporters, chimney sweepers and many more.

Miss German-America Samantha Hart and her court had the honour of leading the Parade on a light blue float, joyfully waving at visitors standing at the side of the street.

The colorful Parade was followed by New York’s adaptation of Oktoberfest at Central Park. Germans, Americans and other nationalities celebrated hand in hand, drinking beer, eating Bratwurst and Pretzel and singing along to modern and traditional German songs, such as Helene Fischer’s“Atemlos” or the obligatory “Ein Prosit der Gemuetlichkeit”.

Music was contributed by the German-American band Spitze! from Orlando, Florida and Grammy nominee Alex Meixner and his band. A large number of visitors came in traditional German Dirndln, Lederhosen and all kinds of uniforms, carrying German flags and Hawaii necklaces in black, red and gold.

While some one thousand visitors joined in the fun at the Oktoberfest after the big Parade, the Grand Marshals had problems of their own. 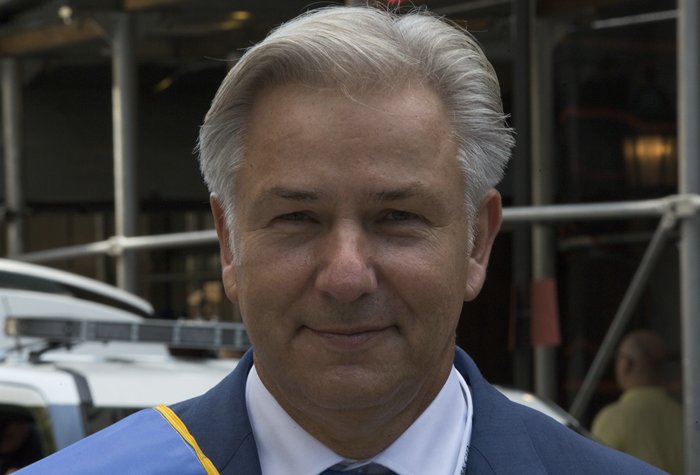 The former mayor of Berlin Klaus Wowereit refused to speak with Europa Newswires, as he was in a hurry to follow his fellow Grand Marshal John Ratzenberger to the VIP tent at the Oktoberfest site. When Europa Newswires spoke with Ratzenberger in front of the tent, it became clear why the mood had turned from cheerful to cloudy.

John Ratzenberger, best known as his character Cliff Clavin on the 80s sitcom Cheers, brought several guests along to accompany him at the event, among them his wife Julie Blichfeldt.

What he did not know was that he should have signed up his guests in advance – the German-American Steuben Parade Committee would not let his guests stay. Neither his friends nor his wife were granted VIP wristbands and thus were not allowed to enter the VIP tent where drinks and food were served. 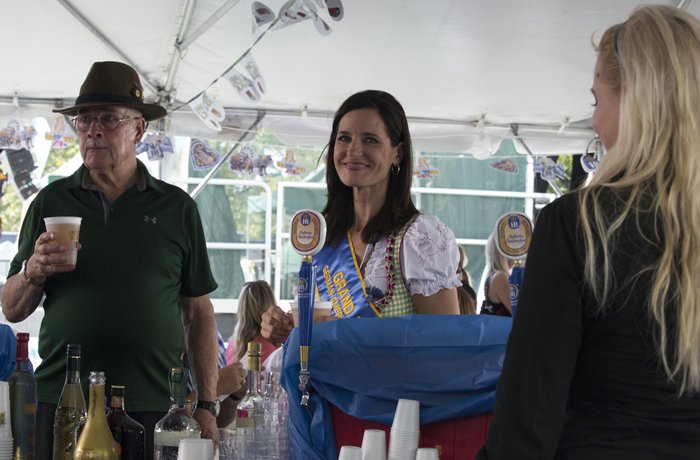 While the other two Grand Marshals Klaus Wowereit and Contessa Brewer were already enjoying their cold beers in the tent, Ratzenberger was still struggling to get VIP wristbands for his guests, in vain. 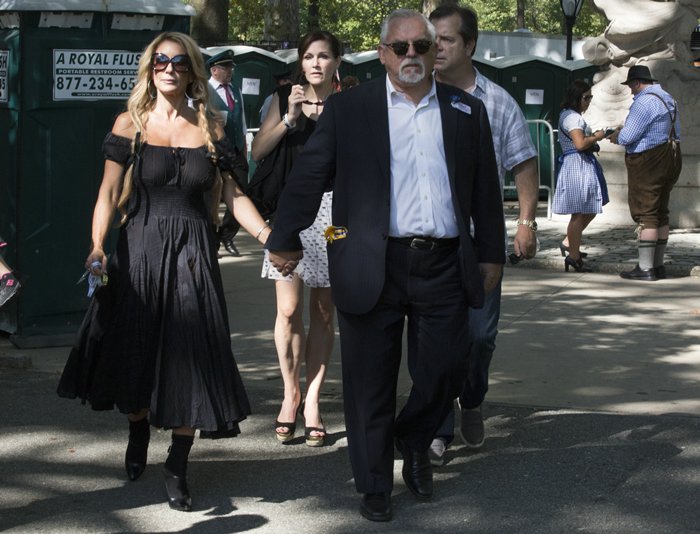 “We didn’t know about his friends. They had to have told us in advance, because we put a certain amount of people in that tent,” a staff member of the Steuben Parade Committee told Europa Newswires.

While budget issues might have played a role in that decision, the people who were responsible for access control referred to the regulations of New York City.

“We have a capacity and then that’s it. We can’t have any more people in here. So that’s why they can’t sell any more tickets. […] It has to do with the rules of the City of New York. The City of New York decides, it’s their park,” representatives of the Central Park Foundation told Europa Newswires.

Due to these regulations, nothing could convince the organizing Committee or the Central Park Foundation and so a disgruntled Ratzenberger and his entourage decided to leave the site after only ten minutes. 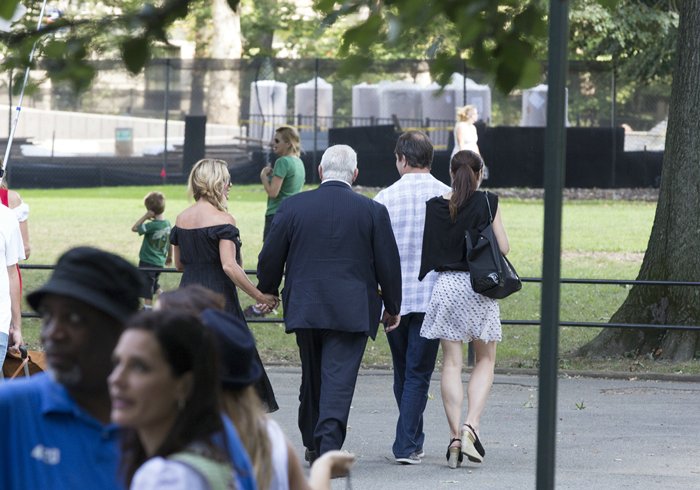 Fifth Avenue, New York, USA, 19 of September 2015 – Actor and Grand Marshel John Ratzenberger from “Cheers” along with his wife Julie Blichfeldt and two of his friends living the German-American Steuben VIP Tent at the Central Park Beer Garden in Protest after his two friends ware denied entry Because they do not have ticket.
Photo by: Luiz Rampelotto/EuropaNewswire

“They even made me have a wristband,” Brewer added.

And so the day went on with only two Grand Marshals left, but nothing could dampen the mood of the cheerful German-American crowd.