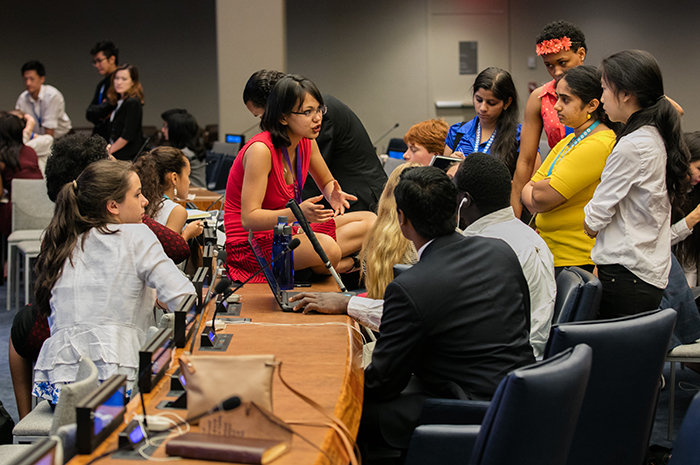 The world’s young people – who make up the largest generation of youth in history – can lead a global drive to break the patterns of the past and set the world on course to a more sustainable future. Young people are directly affected by the tragic contradictions that prevail today: between abject poverty and ostentatious wealth, gnawing hunger and shameful food waste, rich natural resources and polluting industries. Youth can deliver solutions on these issues, which lie at the heart of the 2030 Agenda for Sustainable Development. In this first year of that15-year plan for a healthier, safer and [Read More]

Sixth Avenue, New York, USA, April 09 2016 – Thousands of Scots march along Sixth Avenue in New York City during the Rainy 2016 Tartan Day Parade. The parade is the largest Scottish celebration in Manhattan and one of the largest Scottish parades in the world By Britta Schmitz NEW YORK, April 10 2016 – New York celebrates the contributions made by Scottish-Americans to the United States with a big annual parade. The Tartan Day Parade traditionally takes place in Manhattan after the weekend of National Tartan Day on April 6, a day chosen by the U.S. Senate in 1998. [Read More]