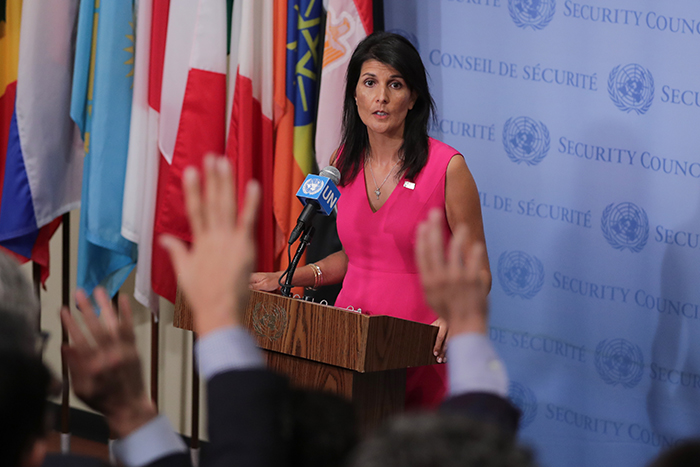 United Nations, New York, USA, August 25 2017 – Nikki Haley United States Ambassador to the UN, addresses the press on Her visit to the IAEA today at the UN Headquarters in New York. Photo: Luiz Rampelotto/EuropaNewswire   United Nations, August 25 2017 – United States ambassador to the United Nations Nikki Haley said the UN peacekeeping mission in Lebanon (UNIFIL) was “not doing its job effectively” describing its commander’s position on Hizbollah’s arms in the south as “an embarrassing lack of understanding on what is going on around him.” Speaking to reporters in New York today, Haley said UNIFIL [Read More] 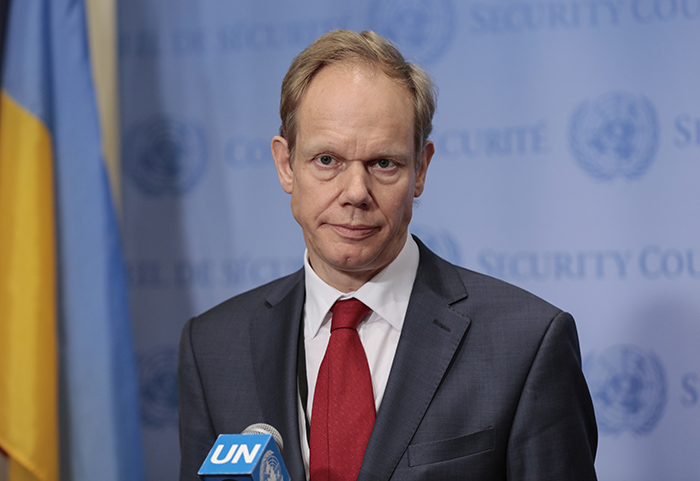