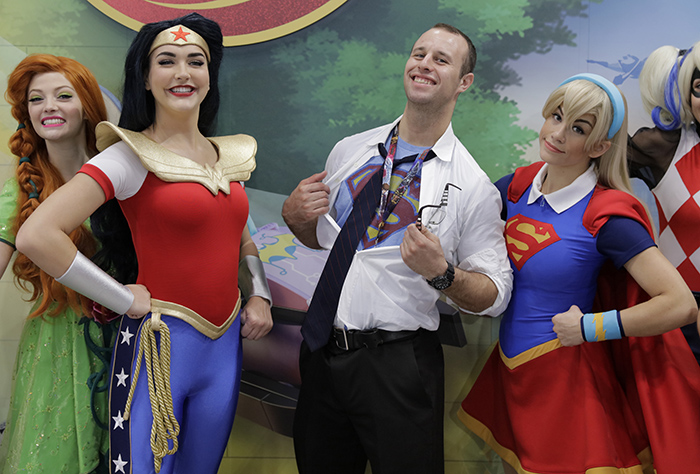 Jacob Javits Convention Center, New York, USA, October 07 and 08 2016 – Wonder Woman and the DC Super Hero Girls during the New York Comic Con 2016. Photo: Luiz Rampelotto/EuropaNewswire By Britta Schmitz UNITED NATIONS, Oct. 15 2016 – The UN will have a new fictional Honorary Ambassador: the comic character Wonder Woman will officially be appointed as Honorary Ambassador for the Empowerment of Women and Girls at the UN Headquarters in New York on October 21.   The day of the appointment marks the 75th anniversary of the character’s first appearance in a comic book. The character was [Read More]

The Oldest Oppression: Discussing Prostitution at the UN

Book Signing by Ruchira Gupta of River of “Flesh and Other Stories: The Prostituted Woman in Indian Short Fiction” today at the UN Headquarters in New York. An interview with Ruchira Gupta. By Aruna Dutt UNITED NATIONS, May 4, 2016 – United Nations Dignitaries and other renowned personalities gathered on Tuesday to read and discuss Rivers of Flesh, the most recent book edited by award-winning activist Ruchira Gupta. The book is a collection of 21 stories by modern Indian writers around one common theme – prostitution. In India, more than 3 million girls and women are trapped in prostitution [Read More]