Relocation of Sculptures: Landscaping of the North Lawn Continues 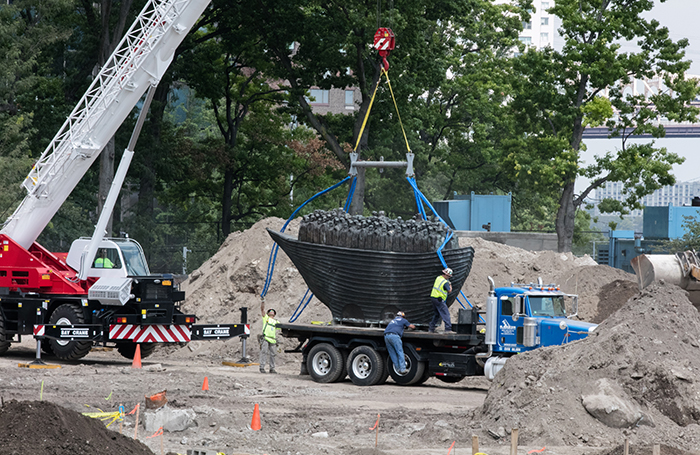 United Nations, New York, USA, August 05 2016 – After the Completion of the UN Reconstruction (CMP) the art work are being return to their original places at the UN North Lawn. The sculpture Arrival (the Irish ship sculpture) is back to its original location. 8 August: Peace Monument (equestrian sculpture), 10 August: Berlin Wall, 19 August: Mother and Child, 23 August: Victims of Extreme Poverty, 25 August: Roots and Ties. By Britta Schmitz   UNITED NATIONS, Aug. 15, 2016 – The renovation of the UN Headquarters under the Capital Master Plan is almost completed. After the temporary North Lawn [Read More]