United Nations, New York, USA, July 25 2017 – Andrea Wozny, Kate Holland, Matt Suter, Janos Tissovsky and a Guest participate on the movie Screening of No Monsters In Berlin today at the UN Headquarters in New York City. By Suzanne Tisserand On Tuesday, July 25th the Department of Public Information launched a screening of the short film “No Monsters In Berlin” at the New York Headquarters. This special showing was organized at the margin of the fourth thematic discussion of the Global Compact on Migration currently taking place at the United Nations. The film was followed by a discussion with [Read More]

By Britta Schmitz   UNITED NATIONS, 7 December 2016 – The 2016 UN Economic Impact Report has been launched at the UN Headquarters this week. The analysis of the UN’s tremendous impact on the City of New York, based on the year 2014, is part of the initiative The New Yorkness of the UN, a program of the Mayor’s Office for International Affairs.   “The presence of the UN Community in New York City is a testament to our status as a global center,“ said Penny Abeywardena, Commissioner of the Mayor’s Office for International Affairs.   “It is an honor [Read More]

Norman Rockwell’s Exhibition “We the Peoples” at UN 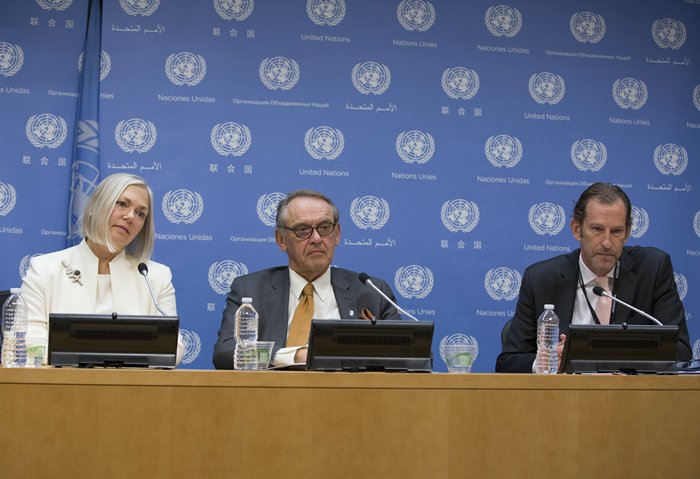