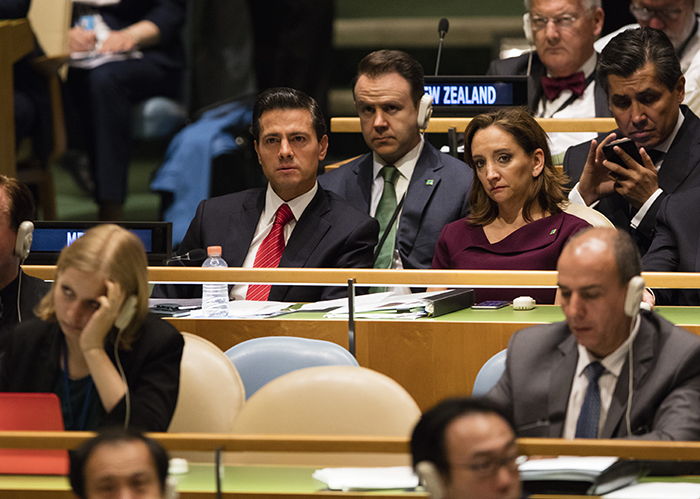 United Nations, New York, USA, April 19 2016 – Enrique Pena Nieto, President of Mexico along with Claudia Ruiz Massieu, Mexico’s minister of foreign affairs and his delegation during the Thirtieth special session of the General Assembly on the World Drug Problem today at the UN Headquarters in New York. Photo: Luiz Rampelotto/EuropaNewswire United Nations, April 19 2016 In a special session on the world drug problem the United Nations (UN) General Assembly adopted an outcome document which reaffirmed its member’s determination to “tackle the world drug problem and actively promote a society free of drug abuse.” The document, which [Read More]