United Nations, New York, USA, July 16, 2018 – Actress Michelle Yeoh, UN Development Programme Goodwill Ambassador Advocating for the SDGs today at the UN Headquarters in New York. Photo: Luiz Rampelotto/EuropaNewswire By Kurt Wheelock UNITED NATIONS, July 16 — Actor Michelle Yeoh has been on a journey to find an outfit that that does not damage the Earth. On July 16 she brought to the UN in New York a film about her quest, called “Made in Forests.” It was presented during the High-level Political Forum for Sustainable Development, and features Italy’s Cittadellarte Fashion B.E.S.T., an art foundation that [Read More] 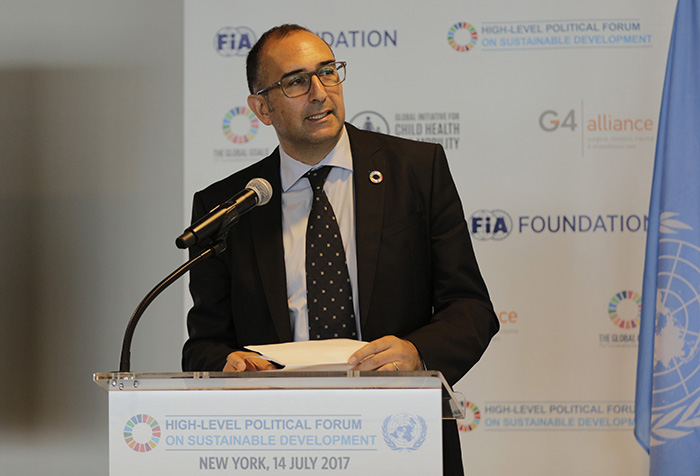