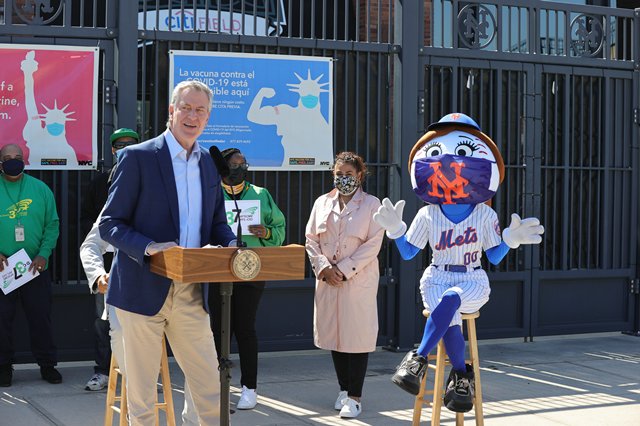 Flushing, Queens, March 27, 2021: Mayor Bill de Blasio: So, this is a beautiful day in so many ways, everybody. You can feel it is springtime, baseball season is about to begin. Are you ready Mr. Met? Are you ready Mrs. Met? The true VIPs are here with us today. And this is also so exciting to be here because when we inaugurated this vaccination center at Citi Field, this is one of the most exciting days in this fight against COVID because you could tell something was happening, something special, something special was happening here. People were so excited to [Read More]