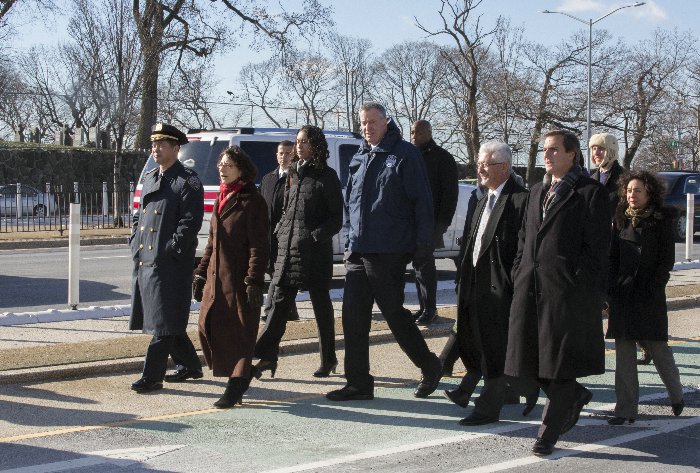 Mayor Bill de Blasio: Excellent. It is so good to be with you here as you start down this road – as you start on this pathway to such a noble career. I want to congratulate each and every one of you for beginning a journey that I guarantee you will be one of great importance to the people of this city.   I want to thank you for making this choice.   We are joined here today, of course, with the great leadership of this department. I want to thank Commissioner Bratton, and I want to thank First Deputy [Read More]