UN on climate change: Deliver action or face “a code red for humanity” 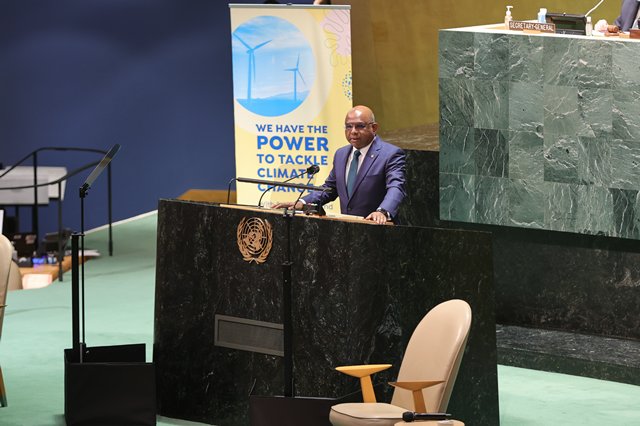 United Nations, New York, USA, October 27, 2021 – Abdulla Shahid, President of the seventy-sixth session of the United Nations General Assembly, addresses the high-level thematic debate on Delivering Climate Action: for People, Planet & Prosperity Today at the UN Headquarters in New York City. Photo: Luiz Rampelotto/EuropaNewswire   The Presidents of Palau and Maldives urged climate financing and collective efforts by Anna Serafini   NEW YORK, 26 October 2021 – “The climate crisis is a code red for humanity. In six days, world leaders will be put to the test at COP26 in Glasgow. Their actions – or inactions – will show [Read More]

United Nations, New York, USA, July 30, 2020 – Christoph Heusgen, Permanent Representative of Germany to the United Nations and President of the Security Council for the month of July Press Conference today at the UN Headquarters in New York. Photo: Luiz Rampelotto/EuropaNewswire German Ambassador Christoph Heusgen today (30 Jul) expressed support for Security Council reform that would allow Germany to have a permanent seat, but said, “those countries who are very happy with the status quo are blocking the process.” Talking to reporters in New York, Heusgen said, “when you talk outside to people about the reform process, and [Read More]