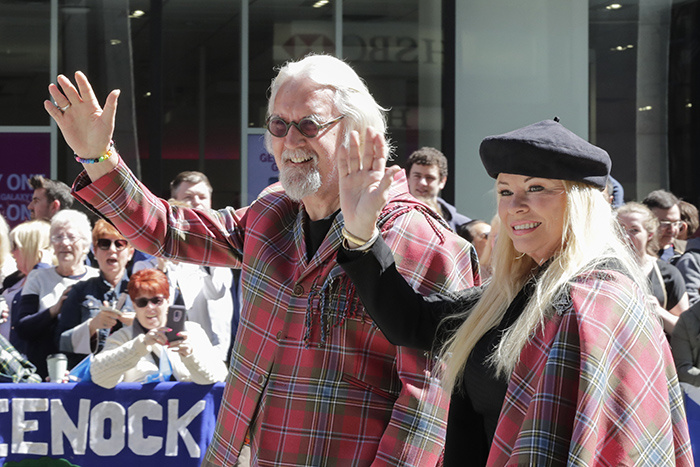 Sixth Avenue, New York, USA, April 09 2016 – Thousands of Scots march along Sixth Avenue in New York City during the Rainy 2016 Tartan Day Parade. The parade is the largest Scottish celebration in Manhattan and one of the largest Scottish parades in the world By Britta Schmitz NEW YORK, April 10 2016 – New York celebrates the contributions made by Scottish-Americans to the United States with a big annual parade. The Tartan Day Parade traditionally takes place in Manhattan after the weekend of National Tartan Day on April 6, a day chosen by the U.S. Senate in 1998. [Read More]

Photos by: Luiz Rampelotto/EuropaNewswire Men – get ready to don your kilts; women – be prepared to high-step and dance the day away to the sound of world-class bagpipe music during the 17th Annual New York Tartan Day Parade. This festive occasion that celebrates the Scottish people and vibrant culture, will take place on Saturday, April 11th at 2:00pm. The Tartan Day Parade will be marching along 6th Avenue from 45th Street to 54th Street. If you are interested in getting “the best seats on the streets” then head to 6th Avenue between 45th Street and 54th Street early on [Read More]