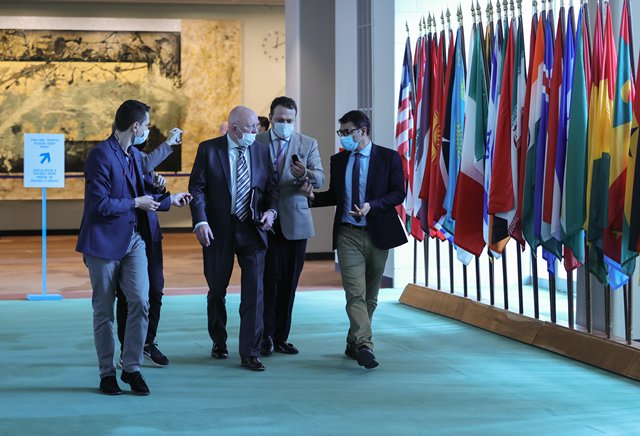 Security Council meeting on the Chemical Attack in Syria

United Nations, New York, USA, 05 April 2017 – Nikki Haley, United States Permanent Representative to the United Nations and President of the Security Council for April During the Councils meeting in response to a suspected chemical attack in Syria today at the UN Headquarters in New York. Photo: Luiz Rampelotto/EuropaNewswire United Nations, April 05 2017 In a meeting today on the alleged chemical weapons attack in the Syrian Province of Idlib, United States ambassador Nikki Haley said, “When the United Nations consistently fails in its duty to act collectively, there are times in the life of states that we [Read More]