by Britta Schmitz UNITED NATIONS, 14 December 2016 – The United Nations commemorated UNICEF’s 70th Anniversary with a special event at the UN Headquarters this Monday. The United Nations Children’s Fund (UNICEF) is a UN programme that provides humanitarian assistance to children and mothers and defends the rights of every child. The programme started after World War II, providing emergency food and healthcare to children whose countries had been devastated by the war. For UNICEF’s 70th Anniversary, the UN invited a list of high-level guests. Among them were David Beckham, Jackie Chan, Priyanka Chopra and Orlando Bloom. The event was [Read More]

From Trashing to Treasuring: UNICEF Panel on Sustainability

Photo by: PCI Media Impact, UNICEF By Britta Schmitz UNITED NATIONS, Nov. 13 2016 – UNICEF is constantly working on raising awareness around the Sustainable Development Goals (SDGs). On 7 November, UNICEF hosted an event aimed at students of the New York City area to show them how they can contribute to achieving the SDGs and especially tackle global warming. “We want to provide a space for all of you to get inspired, to discuss challenges and solutions, to network and basically to get active on becoming more sustainable, because this is an existential issue for all of us, but [Read More] 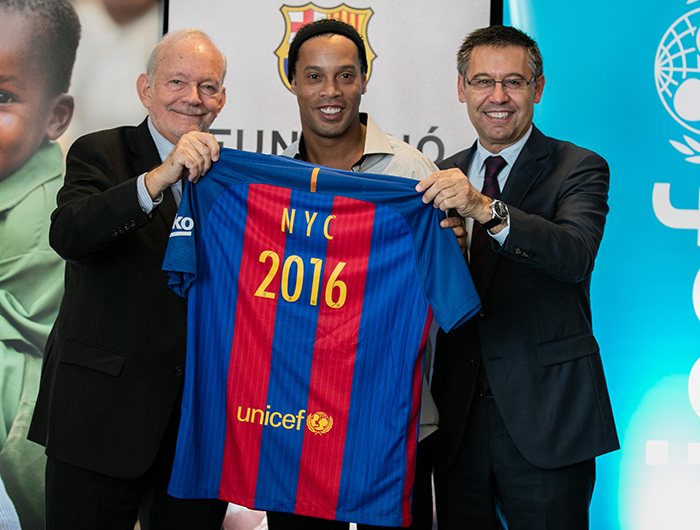