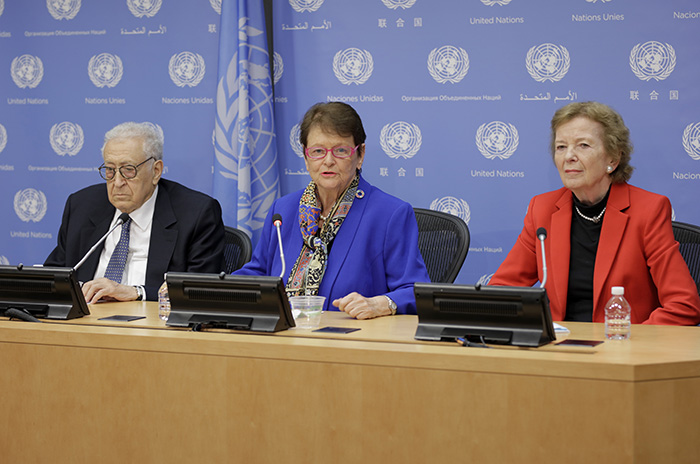 Vote on the Syrian Use of Chemical Weapons

United Nations, New York, USA, 28 February 2017 – Nikki R. Haley, United States Permanent Representative to the UN during the Security Council meeting on Syria use of Chemical weapons on there Civilian Population today at the UN Headquarters in New York. Photo: Luiz Rampelotto/EuropaNewswire United Nations, February 28 2017 A resolution imposing sanctions regarding the use and production of chemical weapons in Syria was rejected by the Security Council today as Russia and China vetoed the draft. After the vote, United States Ambassador Nikki Haley told the Council Russia and China had made “an outrageous and indefensible choice today” [Read More]