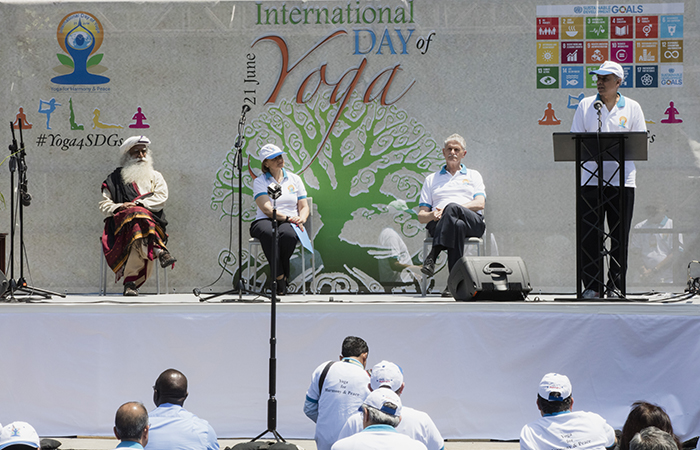 UNITED NATIONS, June 22 2016 – The International Day of Yoga is a new event in

the UN calendar. On June 21 it was celebrated at UN Headquarters for the second

Yoga, an ancient Indian practice for both mind and body, has gained new popularity

over the past few years and is practiced all around the world.

harmony among people and between ourselves and the natural world,“ Secretary

General Ban Ki-moon said on the occasion of the 2nd International Day of Yoga.

This year’s theme is “Yoga for SDGs“. The spiritual practice of Yoga can contribute to

a healthy lifestyle. Healthy living is important for the realization of the Sustainable

Development Goals (SDGs), as good health and well-being for all is one of the 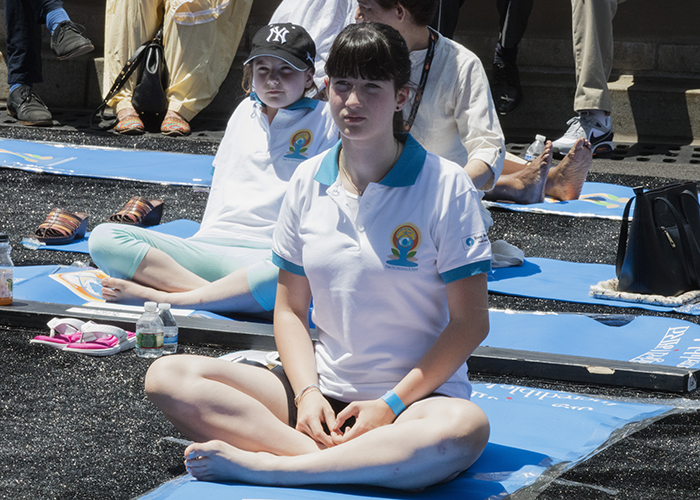 “As exercise, yoga has multiple benefits. Physical inactivity is linked with a number of

non-communicable diseases, such as cancer, diabetes and cardiovascular diseases,

which are among the leading causes of illness and death worldwide. By improving

fitness, teaching us how to breathe correctly and working to diminish stress, yoga

can help to cultivate healthier lifestyles,“ the Secretary General explained.

The UN celebrated this special occasion with two events at the UN Headquarters, a

old Tao Porchon-Lynch, as well as the Official Commemoration of the International

Day of Yoga. An outdoor yoga session led by Vasudev marked the highlight of Yoga

Day. Mogens Lykketoft participated in the yoga session which was accompanied by a 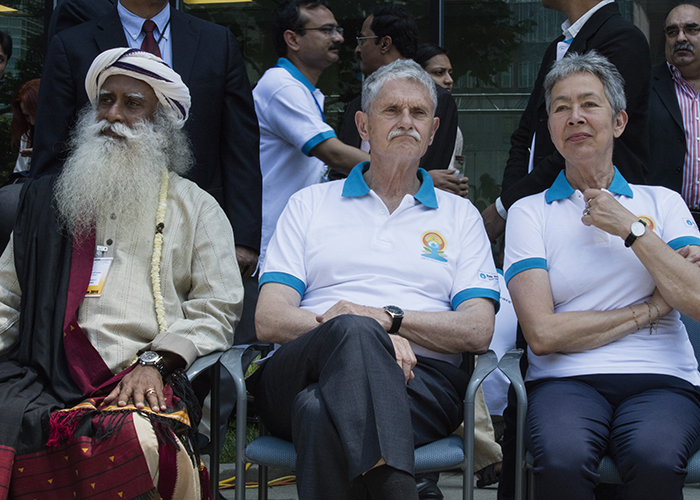 “For centuries yoga has been recognized not only as a physical exercise, but also as

an exercise to bring unity between mind and body, to achieve oneness with yourself.

Given its appeal to diverse groups of people, people of all backgrounds, strengths,

age and capability, yoga can also serve to strengthen our sense of oneness and unity

with each other and with nature today,“ said Lykketoft.

unity, referring to the union of mind and body.

neighbours. All these elements are essential to building a sustainable future of dignity

and opportunity for all. On this International Day of Yoga, I urge everyone to embrace

healthier choices and lifestyles and to commit to unity with our fellow human beings,

regardless of ethnicity, faith, age, gender identity or sexual orientation,“ the Secretary

Yoga can not only contribute to the achievement of goal number 3 of the SDGs, but

people and planet, as pointed out by Indian Prime Minister Modi.