Mr. Seth brings to the position over 35 years of service as an international and national civil servant and a wealth of experience in leading, supporting and managing complex portfolios and inter-governmental processes, including United Nations summits and conferences in the economic, social and environmental fields. Mr. Seth is currently the Director of the Division for Sustainable Development, Department of Economic and Social Affairs (DESA). He also served as the Head of the Office of the Secretary-General of the United Nations Conference on Sustainable Development (Rio+20) and has supported the follow-up processes including the work on the post 2015 development agenda and the Third International Conference on Small Island Developing States. 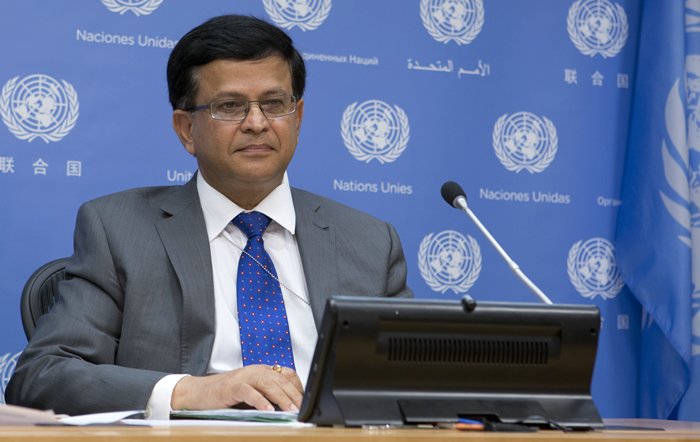 During his career with the United Nations which began in 1993, Mr. Seth held positions as Director of the Office for ECOSOC Support and Coordination (2006-2011), Secretary of ECOSOC and Second Committee of the General Assembly (2004-2006), Chief of the Policy Coordination Branch in the Division for ECOSOC Support and Coordination (2001- 2003) as well as Special Assistant and Chief of Office to the Under-Secretary-General for Economic and Social Affairs (1993-2001).

Prior to joining the United Nations, Mr. Seth served, since 1980, in the Indian diplomatic service, notably as a delegate in the Permanent Mission of India to the United Nations in New York (1990–1993) and earlier diplomatic assignments in Geneva and the Democratic Republic of Congo.

Married with two children, Mr. Seth holds a Master degree in Economics from Delhi University where he also worked as a Lecturer in Economics at St. Stephen’s College.