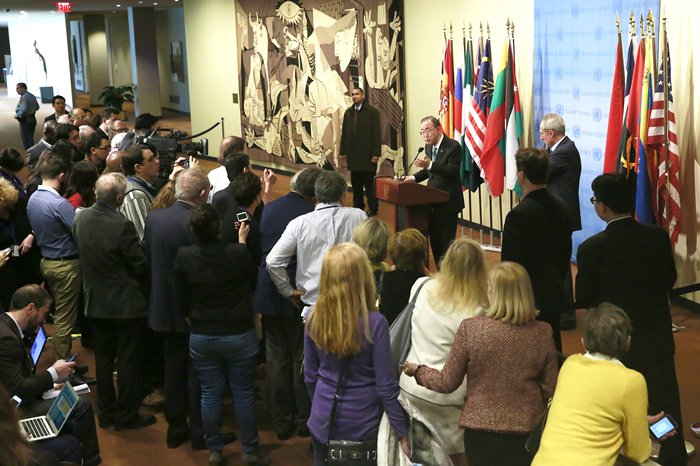 UNITED NATIONS — In a preparatory meeting for the International Conference on Financing for Development in Addis Ababa, United Nations Secretary General Ban Ki-moon reached out to the private sector as a key player in the international community’s ability to create an effective plan for financing sustainable development. “We invite the private sector to be our partners in supporting and financing this agenda, including through partnerships and collaboration.” The Secretary General continued, “I urge private sector leaders — including CEOs — to join us in Addis Ababa, and to consider new commitments for investment in sustainable development – including in the vital area of infrastructure.”

Ban Ki-Moon further described the importance of including input from private sector leadership saying, “we have learned the very important lessons that without the active participation and reflecting the views of people on the ground, particularly business leaders, all these programmes or whatever ambitious visions may not be practical, may not be implemented.  That is why we are inviting you to express your views, because you are the ones who are working, really leading all these businesses.”

The Secretary General continued to stress the importance of this series of meetings as a platform for collaboration between the private sector and the international community which he suggested will influence the post 2015 development agenda, sustainable development goals and also possibly the upcoming United Nations Climate Change Conference in Paris, France. At which, he pointed out, that in the event that an agreement is reached, it will be the first time that a climate change agenda will have been adopted universally.