Who is responsible for the use of chemical weapons in Syria 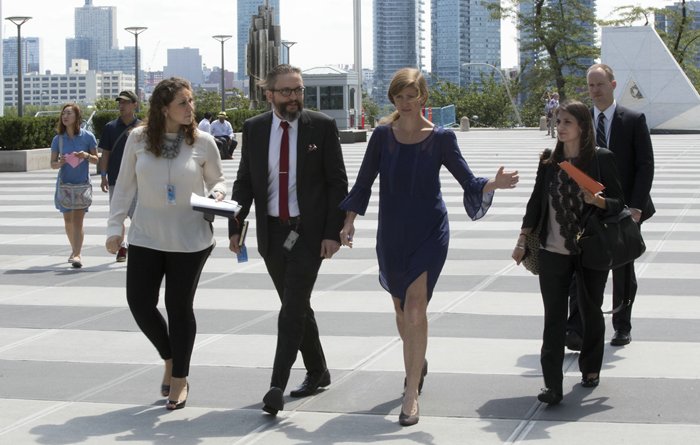 United Nations, New York, August 07 2015 – Samantha Power, United States Permanent Representative to the UN, speaks to members of her Delegations on the way out of the UNHQ, following the adoption of resolution 2235 (2015) by the Security Council. The resolution sets out the steps for the creation of a Joint Investigative Mechanism of the United Nations and the Organization for the Prohibition of Chemical Weapons (OPCW) to identify individuals or entities responsible for the use of chemical weapons in Syria.
On the Photo: US Ambassador Samantha Power
Luiz Rampelotto/EuropaNewswire

The United Nations Security Council today  gave the green light for the establishment of a Joint Investigative Mechanism to identify those responsible for the use of chemical weapons in Syria.

In a unanimously adopted resolution, the 15-member body requested the UN Secretary-General, in coordination with the Director-General of the Organization for the Prohibition of Chemical Weapons (OPCW), to submit recommendations for the establishment of the Mechanism within 20 days. The Council will then respond to the recommendations within five days of receipt.

US Ambassador Samantha Power told the Council that this step was “necessary because despite our previous efforts to stop the use of chemical weapons, the attacks have continued.”

Russian Ambassador Vitaly Churkin, in his address to the Council said “the question of who used chlorine is still unanswered because the existing mechanisms of the UN-OPCW do not have a mandate to identify those participating in such acts.”

He expressed hope that the adoption of today’s resolution will “eliminate this gap.”

The Mechanism, established for a period of one year with a possibility of future extension, will be tasked with identifying “individuals, entities, groups, or governments involved in the use of chemicals as weapons, including chlorine or any other toxic chemical,” in Syria, according to the Council, which reiterated that those responsible must be held accountable.

Syrian Ambassador Bashar Ja’afari stressed that the Syrian Government “has upheld all of its commitments under all of the resolutions adopted in this Council on chemical weapons.” 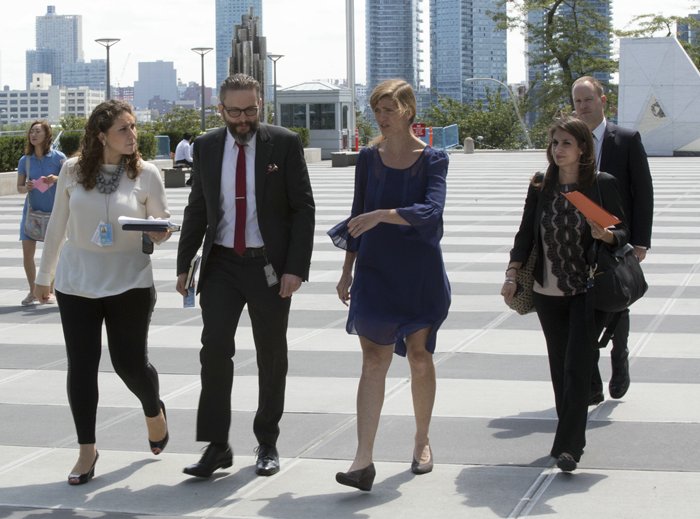 Outside the Council, Ambassador Power said that before the adoption of today’s resolution “the world we’ve been in has been a world of impunity.”

She noted that despite previous resolutions “these chlorine attacks have continued and the perpetrators have lived with a sense of impunity that today’s resolution really should blunt.”

The resolution stresses the obligation of the Syrian Government and all parties in the country to “cooperate fully” with the OPCW and the UN, including providing full access to all locations, individuals and materials in Syria relevant for the Joint Investigative Mechanism.

It also calls on all other States to cooperate fully, including providing any relevant information they may possess pertaining to those involved in use of chemicals as weapons in Syria.

In March 2015, the Council expressed deep concern that toxic chemicals, such as chlorine, had been used as a weapon in Syria – which was the conclusion with a “high degree of confidence” by the OPCW Fact-Finding Mission – stressing that those who use such weapons must be held accountable.

The UN and the OPCW previously worked together to oversee the destruction of Syria’s chemical weapons stockpiles and production facilities, a task they completed in October 2014.