X-37B Vehicle is Back - Europa Newswire 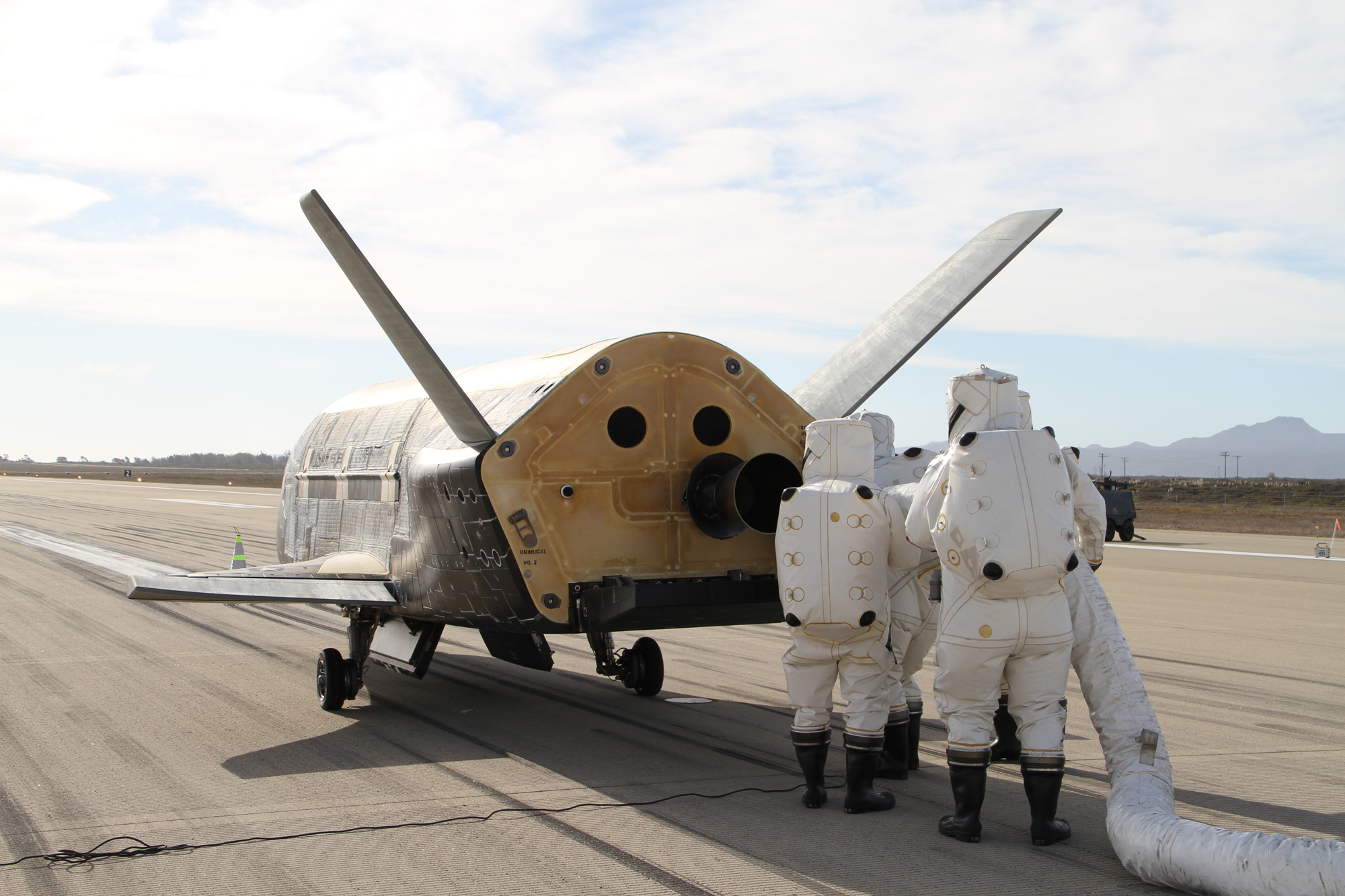 Recovery crew members work on the X-37B space plane after the vehicle’s successful landing on Oct. 17. The recovery crew is responsible for processing the X-37B vehicle to make sure the vehicle is safe to be towed back to its hangar for additional work. 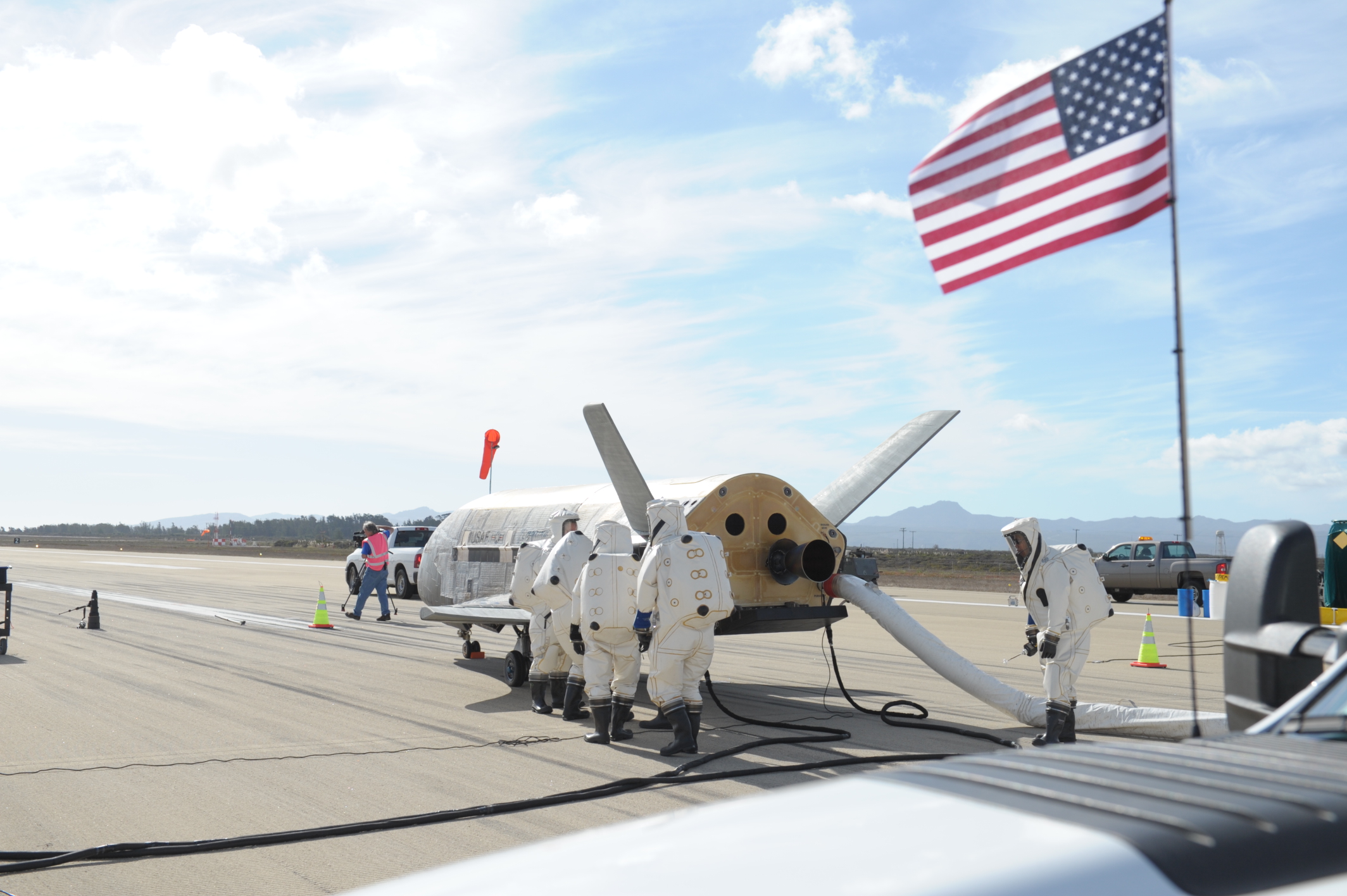 An American flag waves over the runway landing site for the U.S. Air Force’s third X-37B space plane mission as recovery crew members work to process the spacecraft after its 674-day flight in this official mission photo. 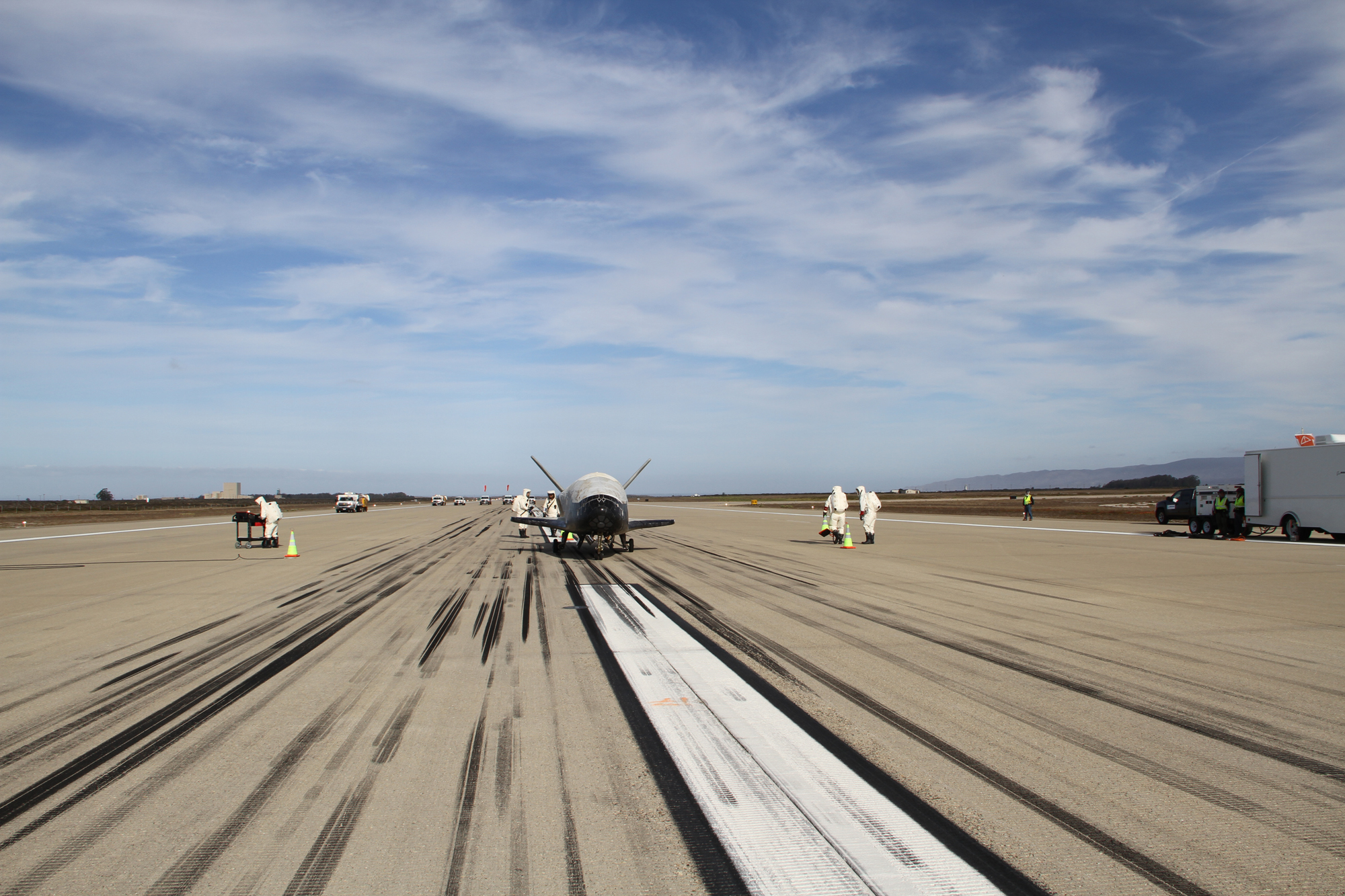 This last photo from Boeing gives us a departing look at the X-37B on the runway at Vandenberg Air Force Base. The landing on Oct. 17 marked the successful second flight of this particular X-37B vehicle, proving its viability as a reusable spacecraft. A second X-37B vehicle was used to fly the OTV-2 mission for the Air Force in 2011.

So far, all X-37B missions have launched from Cape Canaveral Air Force Station in Florida and landed at Vandenberg Air Force Base in California. The Air Force has been studying the potential of using NASA’s former space shuttle landing site at the Kennedy Space Center for Florida landings of the X-37B spacecraft.